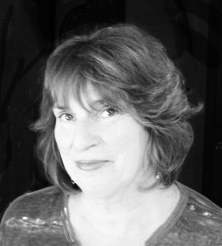 Jason Scattaregia, a gifted drummer, added live drum rhythms to the diverse, engaging pre-recorded music.  This throbbing, driving series of beats accentuated  perfectly the dancers moves which were sometimes sensual, sometimes teasing or tongue-in-cheek and even acrobatic. The music encompassed pieces from Bette Midler, Eartha Kitt, The Police and Led Zepplin, and Tchaikovsky-just to name a few. The bulk of the contemporary choreography was done by Elisa Alaio (Point Park grad) and some numbers were choreographed by Sean Van Der Wilt of Los Angeles.  Sean has performed with Michael Jackson, Whitney Houston and Beyonce.  The pieces were great fun to watch.  The audience could never be sure of what to expect.  There were hints of the Charleston, Can- Can and even a little of the Funky Chicken.

Each of the dancers, Brittany Marsicek, Cammi Nevarez, Allie Bath and Jada Paladino is a dance major at Point Park University. Each of them is amazing in their flexibility, style, stage presence and their mastery of dancing skills.

In the Christmas finale of the show Samuel Mancini,  Season 5 of NBC’s, THE VOICE sang a beautiful rendition of All I Want for Christmas. All I want for Christmas is the chance to see more live entertainment that is this enjoyable.

Susie Dohmlo, who formerly danced for Brockett Productions, and Reid Gustin are the producers of Red City Live. I congratulate them on a successful first production. Susie says that their next production is scheduled to open in April. She’s not giving away any of the details, not even a hint of what we should expect. That certainly piques my curiosity!

Express Burlesque is playing at the intimate Off The Wall theater in Carnegie, tonight, November 23 and next weekend 11/29 and 11/30.

THE SHOW WAS AMAZING! IT IS WONDERFUL TO SEE SOMEONE THAT IS FROM PITTSBURGH WANTING TO MAKE IT BIG IN THE BURG! I WOULD LOVE TO SEE PITTSBURGH COME OUT AND SUPPORT THE SHOW. FOR ALL OF YOU WHO HAVE NOT SEEN THE SHOW, YOU DON’T KNOW WHAT YOUR MISSING!!! A MUST SEE!!