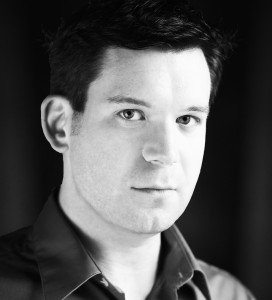 CARNEGIE, PA – This Valentine’s weekend, ‘Burgh Vivant host Brian Edward will emcee the first in a series of variety cabarets sporting acts of music, comedy, dance, poetry, and more, produced by Off The Wall Productions.

Brian Edward is the host and executive producer of ‘Burgh Vivant, Pittsburgh’s cultural talk magazine.  He has worked in the theatre in the capacity of actor, director, playwright, and comedian, with local credits including Pittsburgh Opera, Arcade Comedy Theater, and The REP.  Brian was named among the top supporting actors in Pittsburgh by the Post Gazette in 2001, and among the top leading actors in 2002.  He is also the creator of the musical comedy Amish Burlesque.  He has emceed numerous charitable events and film festivals, is frequently quoted in print and radio, and has been a recurrent guest on the CBS-KDKA morning show, Pittsburgh LIVE Today.

Off The Wall is a Pittsburgh theatre production company whose mission is to enrich, enliven, educate, amaze and entertain its audiences, and to help create a more conscious and compassionate community while increasing the public knowledge and appreciation of theater in South Western Pennsylvania.  Off The Wall aims to encourage and support the admiration of all arts and artists by providing a home in which live theater, dance, music, and comedy can be presented, and to nurture, challenge, inspire and empower women theater artists from the Pittsburgh region and beyond to collaborate as playwrights, directors, technicians, and actors, explore new ideas, and develop new works.  Off The Wall’s 96 – seat house offers an intimate environment, allowing performers to have close interaction with their audience.