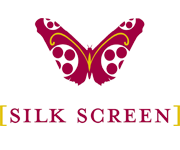 The ninth annual Silk Screen Film Festival 2014 will begin on Saturday, April 26th, and runs through Sunday, May 4th. The 2014 Festival features 25 feature length films from all over Asia and the Middle East, as well as two shorts.

There will be 47 screenings at 4 locations in the city: the Regent Square Theater, the Melwood Screening Room, the Carnegie Museum of Natural History’s Earth Theater, and the new location this year is the Waterworks Cinemas, which will host one screening of “Jadoo” on Thursday, May 1st at 7:00 p.m.

To kick off the festival, Silk Screen will host a star-studded Gala of lively entertainment and ethnic cuisine on Friday, April 25th, 6:30 p.m. at the Rivers Club in Oxford Center. The Late Night Gala, new this year for the younger crowd, will begin at 9:30 p.m. with Pittsburgh’s hottest D.J, Pandemic Pete.

The Opening Film “Omar” is one of the 2014’s Academy Award Nominated Films for Best Foreign Film directed by Hany Abu-Assad. It is the first time Silk Screen presents a film from Palestine, a region of endless warfare hoping for peace. On Sunday May 4th, the Film Festival will end with “Morning Recipe”, a touching film delivering family love and motive for life. Documentaries, animation, and remake of a previous Best Picture winner are all on the slate for the 2014 Silk Screen Festival, offering those interested in experiencing international cinema an even greater opportunity than ever before.

The Opening Film ticket is $20 and the Closing Film is $15 and included an invitation to the closing reception at D’s Six Pax & Dogz. A 4-flim pass for $30 and an 8-film pass for $60 (not valid for Opening or Closing Night Films) are now available at: http://www.showclix.com/event/SilkScreenFilmFestival2014 . Single tickets are $10 each and $5 for students with valid I.D. Scheduled to be shown:

• “A Respectable Family” (Iran) – April 29, 7:00 p.m. & May 2, 7:00 p.m., both at Regent Square Theater : Directed by Massoud Bahkshi, a story about a man’s returning to Iran after twenty-two years in exile, the clash between past and present leaves him with a hazy choice between loyalty and morality.

• “A Time in Quchi” (Taiwan) – April 27, 1:00 p.m. at Melwood & April 30, 2:00 p.m. at Carnegie: a tale about a young boy from Taipei, who is sent to stay with his grandfather in rural Taiwan. In this touching family drama, he learns life lessons and experiences his coming of age.

• “Apur Panchali” (India) – 4/29, 9:00 p.m. & Sun 5/4, 2:00 p.m. both at Regent Square: a real life story inspired by Subir Banerjee, the little child actor who played the iconic role of Apu in Satyajit Ray’s masterpiece Pather Panchali, which even today remains one of the 100 greatest films of all-time.

• “Beyond All Boundaries” (India) – Each screening is paired with the short film Kush, 4/27, 4:30 p.m. & 5/2, 7:00 p.m. both at Melwood : a documentary uses the 2011 Cricket World Cup as a backdrop to thoughtfully contrast the struggles of India with the hardships faced by individuals.

• “Confession of Murder” (South Korea) – : 4/30, 8 :00 p.m., 5/2, 9:30 p.m. both at Melwood: A handsome young man emerges from nowhere and publishes a revealing biography in which he admits to killing ten women in an infamous series of murders. A detective refuses to believe it and tries to reveal the truth.

• “Mourning Recipe” Closing Film  (Japan) – 5/4, 5:00 p.m.: What starts out as a simple family melodrama develops into a meditation on family, connection, grief, and ultimately- healing.

• “Norte, The End of History” (Philippines) – 5/3, 2:00 p.m. at Melwood: When a brutal murder shatters a small Filipino town, the police wrongfully arrest impoverished family man Joaquin. What follows is a harrowing tale of suffering and brutality, as well as a philosophical consideration of crime and its far-reaching consequences.

•“Omar” Opening Film (Palestine/Belgium) – 4/26, 7:00 p.m. at Regent Square : In Palestine’s first Oscar nominated film; all is fair in love and war. No film in recent memory unpacks this cynical, familiar sentiment with as much gusto and truth as Omar.

• “Sake-Bomb” (USA/Japan) – 5/1, 9:30 p.m., 5/3, 9:30 p.m. both at Regent Square: Sake-Bomb uses the road movie tradition as a vehicle to examine the dynamic relationship between two very different individuals who find that they may share much more than is immediately apparent.

• “The Haumana” (USA) – 4/29, 6:00 p.m. at Melwood,  5/4, 3:00 p.m. at Carnegie: depicts not only a beautiful tropical paradise we typically associate with the Hawaiian Islands of our imagination but explores local values as embodied in the hula tradition.

• “Things Left Behind” (USA/Japan/Canada) – 5/2, 2:00 p.m. & 5/3, 2:00 p.m. both at Carnegie: This unique documentary is a collaboration between photographer Miyako Ishiuchi and filmmaker Linda Hoaglund stands as their mutual commitment to shattering the imagery of the Japanese as victims of a holocaust.

• “Touch of the Light” (Taiwan)  – 4/28, 7:00 p.m. at Melwood, 5/1, 1:30p.m. at Carnegie-The short film Cheong will be shown as part of this screening: based on a remarkable true story, born visually impaired, Siang is a talented real-life pianist who has been accepted by a prestigious art college is experiencing the journey towards dream

• “Trap Street” (China)  – 4/29, 8:30p.m. at Melwood, 5/3, 7:00 p.m. at Regent Square: What begins as a simple story of boy-meets-girl, Trap Street takes us into a rabbit hole. more sinister implications begin to arise as the boy becomes unwittingly tangled in the web of lies and deceit.

• “With You, Without You” (Sri Lanka) – 4/26, 4:30 p.m. , 4/30, 9:15 p.m. both at Regent Square : A chance encounter between a lonely pawnbroker and his beautiful but shy patron in post-war Sri Lanka quickly leads to romance, but as the two spend time together it becomes increasingly clear that issues from their varied pasts create a struggle to coexist in the present.

• “Zinda Bhaag” (Pakistan) – 5/1, 7:00 p.m. & 5/3, 2:00 p.m. at Regent Square: a drama of three friends Khaldi, Chitta and Tambi literally beg, borrow, and steal to get by in their everyday lives while they look westward for something more than mere existence.