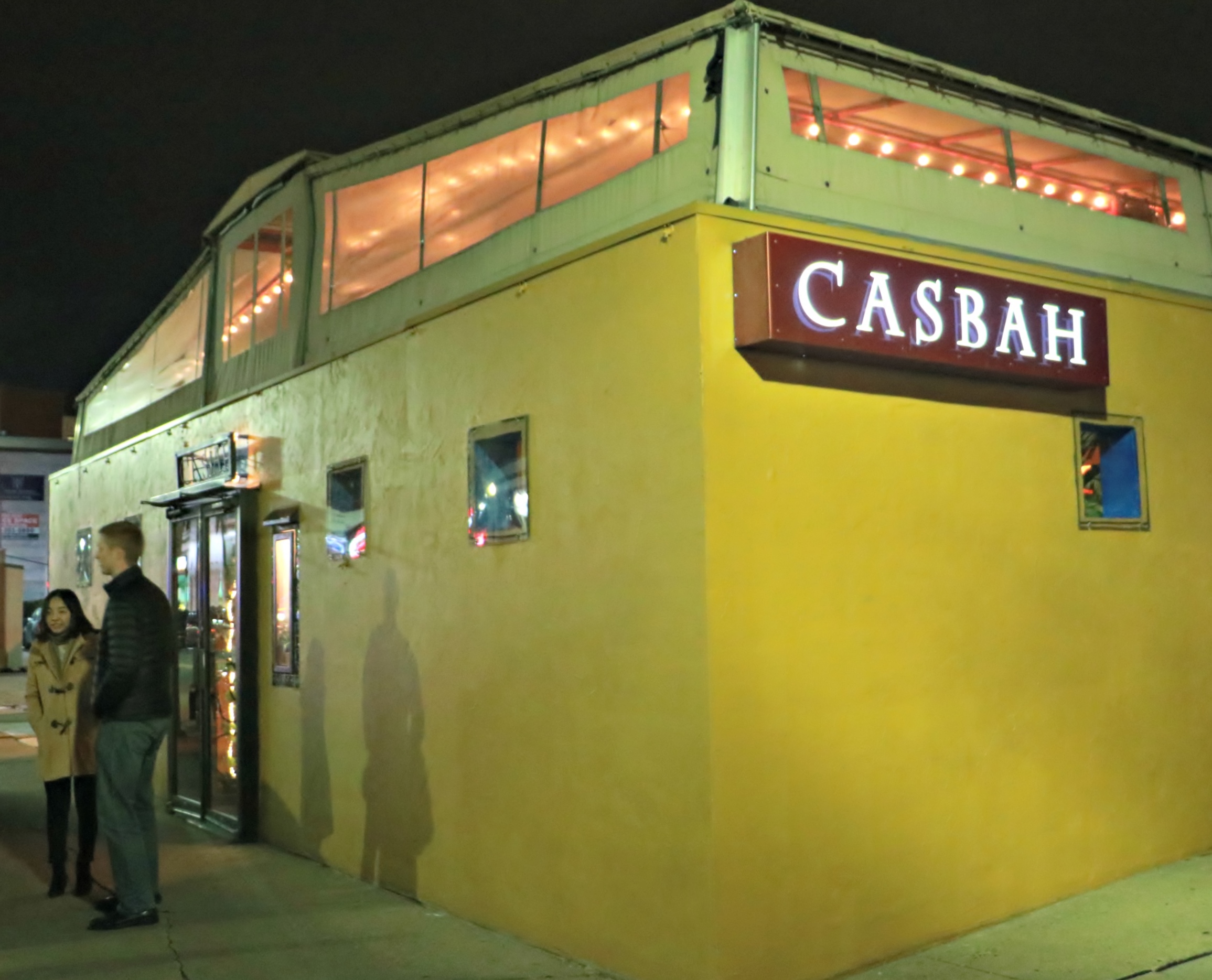 Each year, on the third Thursday of November, wine lovers around the world celebrate the release of  a very young red wine whose grapes were harvested only weeks beforehand.

These Beaujolais (bow-zjoh-lay) Nouveau wines from the region just north of Lyon, France fly in face of the accepted notion that red wines are meant to age before they’re consumed  Drinking these youngsters has become a tradition that celebrates the grape harvest and gives wine enthusiasts a glimpse of the quality of the grapes and the flavor profile of the recent harvest in the Beaujolais region.

Fresh and fruity, B.N., as I call it, owes its early drinkability to a winemaking style known as carbonic maceration, an anaerobic fermentation that puts the focus on fruit flavors that come through without the tannins usually associated with red wines.

Made from grapes harvested in the area of Beaujolais not reserved for the more prestigious Cru Beaujolais, which command a higher price and more respect by the wine buying public,  B.N. has nevertheless become a popular seasonal wine eagerly awaited by a market that has become increasingly worldwide.

Party-givers, restaurants, wine bars, bistros, cafes and wine retailers build festive events and dinners around Beaujolais Day. One estimate pegs consumption on the third Thursday of November at 65 million bottles across the globe.

In Pittsburgh, Casbah in the Shadyside neighborhood has been staging Beaujolais Nouveau dinners for the past ten years, perhaps longer. A one day only affair, the event spotlights a special menu of multiple courses designed to include B.N. wines in each of the dishes and feature foods that compliment the rich fruitiness of the wine.

Bill Fuller, executive chef for the Big Burrito Restaurant Group of which Casbah is a member, said that, of all the restaurants under its umbrella, Casbah best fits the bill for a B.N. dinner because it features wine and food of the Mediterranean.

This year, Casbah’s wine director, Seth Eidemiller ordered ten cases of the B.N., most of which were served as part of the dinner. The remainder of the inventory will be available for purchase at the restaurant for those who missed the dinner at a cost of $10 a glass or $40 a bottle – until the supply runs out.

Even before the four course dinner arrived at my table, I discovered that the labne, a Greek yogurt that is hung in a cheesecloth to remove excess moisture then mixed with black pepper and cream and meant to be spread on bread, paired well with the Beaujolais Nouveau which bore the Georges DuBoeuf label

The DuBoeuf had assertive fruity notes of strawberry, raspberry, fig and orange peel and came in with 13 percent alcohol, somewhat higher than the 2016 vintage, pegged  at 12%. Interestingly, and perhaps by design, each of the four courses included a fruit component. The Seared Sea Scallop appetizer, for instance, was accompanied by poached pear along with a parsnip root puree, brioche crisps and a parsley salad.

The Duck Breast and Duck Confit Ravioli was enhanced by fresh fig along with young mustard greens, frisee and duck jus.

The Braised Short Rib was embellished by an apple salad, creamed chard and roasted carrot and celery root. The dessert course, a Pomegranate Tart, was sprinkled with pomegranate seeds, candied almonds and brown sugar crumbles and finished with a B.N. wine reduction.

According to Eidemiller about 100 or roughly half of the evening’s 200 dinner reservations were for the B.N. dinner. The other half got to choose of the restaurant’s regular menu but could order glasses of the B.N. if they chose. Casbah’s carte des vins also lists five Cru Beaujolais which are available only by the bottle.

Ironically, Cru wine labels don’t even mention the word Beaujolais but instead are identified by the village near which the wine grapes are grown.

“Some wine drinkers disregard B.N., but I believe it is to be enjoyed for exactly what it is – a celebration of the harvest and the season and of life,” Fuller said.

If you want to serve some B.N. at home, keep in mind that’s it’s best poured at around 55-degree F. and makes a suitable match for Thanksgiving turkey. Chef Fuller also likes it paired with “rich seafood dishes” like scallops and salmon and “warm and comforting dishes” like bucatini carbonara and braised short ribs.

Overall, the opinion on Beaujolais Nouveau remains divided. Some critics call it too immature and uninteresting. Others like its freshness, exuberance, and pleasant and easy drinkability.

If you’d like to give it a try of your own, the 2017 B.N. is available at select stores in the Pennsylvania Liquor Control Board System. And, of course, if you want to enjoy next year’s Beaujolais Nouveau Day at Casbah, be sure to circle the third Thursday of November as a reminder when you get your 2018 calendars.