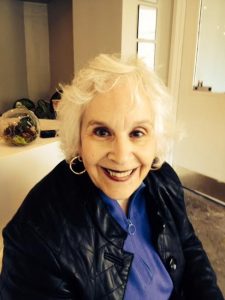 The haves and the have nots are the basis for “The Outsiders,” a play by Christopher Sergel based on the novel by S.E. Hinton. Set in the 1960s, two divergent gangs of teenagers seem to be on a collision course. Separated entirely by their socioeconomic circumstances, the Socials (Socs), rich, privileged and from the west side of the city coalesce together. The Greasers live on the east side, most of them from low income and broken homes.

The Socs and the Greasers are their own moral compass, without much or little guidance from adults on either side.

Greaser Ponyboy (Dominic Raymond) is unique as he has a special affinity for poetry, likes to read, activities not embraced by his Greaser cohorts. Recently orphaned, he and his brother, Sodapop (Lawrence Karl) are under the guardianship of older brother, Darry (Michael Barnett).

All the Greasers are particularly protective of Johnny Cade (Dakoda Hutton), traumatized by a recent Soc beating.

Ponyboy is often the narrator, providing the audience with necessary backdrop information. It is through his eyes and perspective that the story unfolds.

Soc friends Cherry Valance (Carolyn Jerz) and Marcia (Ariel Squire) are unceremoniously dumped after disagreements with their boyfriends, Bob (Noah Welter) and Randy (Kyle DePasquale). Cherry and Ponyboy become friends after Greaser Dallas (Cole Vecchio) pushes himself on her. Ponyboy intercedes. In neutral territory, Cherry and Ponyboy discuss poetry, sunsets, and other non-gang-related subjects. A Soc and a Greaser are actually talking to each other and not AT each other. She articulates the Soc’s attitude on life in general. “We’re looking for something we don’t already have.”

Both gangs continue to taunt, agitate, and challenge each other. A series of tragic events involving both sides escalates tensions between the two gangs with dire consequences.

Exceptional as the traumatized Johnny, Hutton believably shows both insecurity and courage when needed, tenderness and love when necessary.

Raymond portrays Ponyboy as the youthful Greaser and grows that character. He is able to convey his understanding that’s it’s not just a black and white world, but there’s also a bit of gray.

Vecchio transitions from a wise-cracking Greaser with all the “I’m the dude” moves one expects from that character into a sensitive, feeling, insecure young adult.

The production is brilliantly executed with a finely tuned, well-balanced ensemble with excellent direction by Scott P. Calhoon.

The play takes place on an open stage with the background conducive to either the outdoors or indoors. Subtle, quick, simple and quiet prop movements by the cast suggest a change of scene or venue.

“The Outsiders” is a production of Prime Stage Theatre at the New Hazlett Theatre Center for the Performing Arts, 6 Allegheny Square E, Pittsburgh, PA 15212 and runs from March 6 – March 15, 2020. For more information, click here.