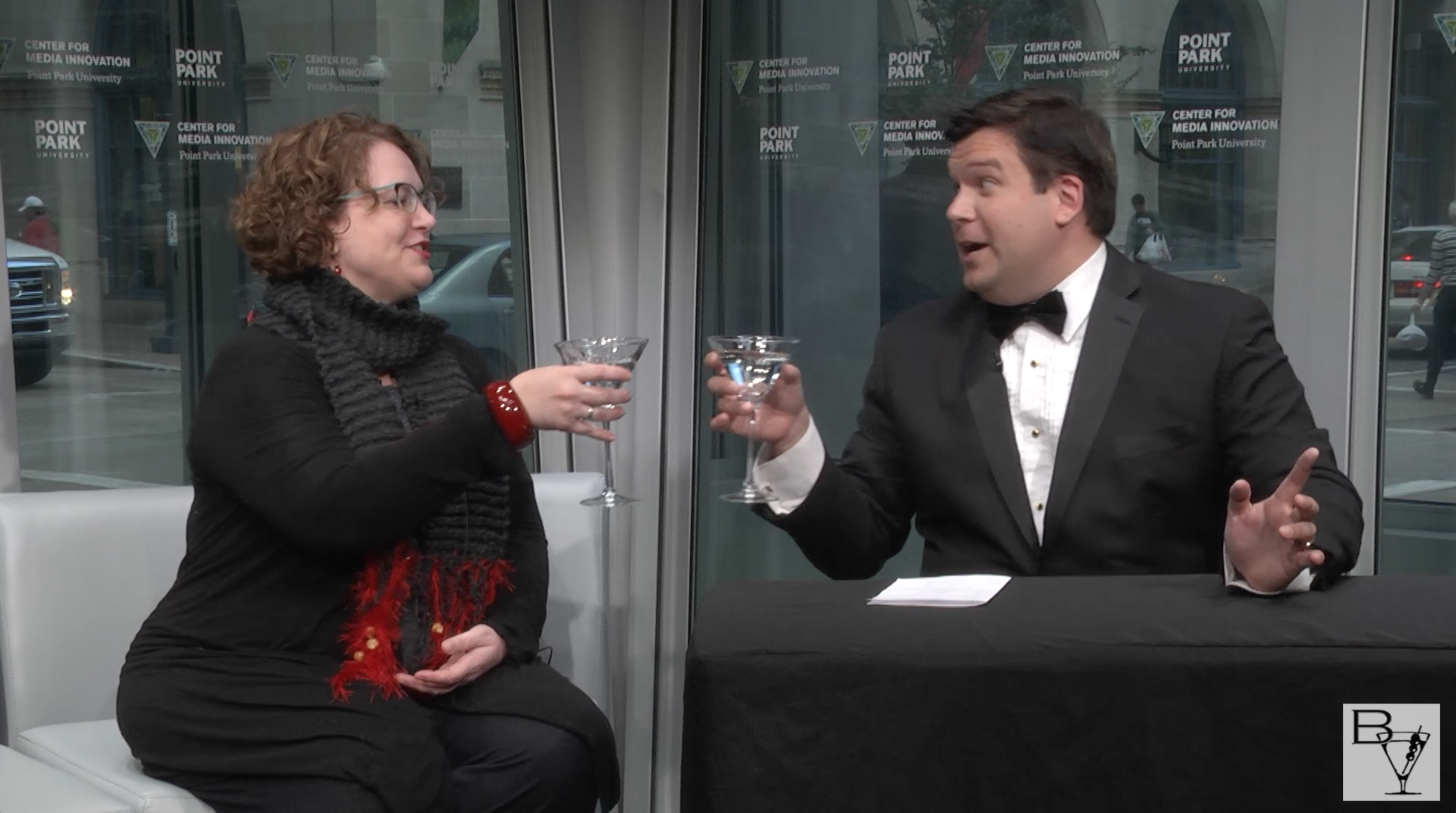 Molly Rice is back on ‘Burgh Vivant tonight to talk about the latest project from Real/Time Interventions, ANGELMAKERS: SONGS FOR FEMALE SERIAL KILLERS, playing through November 11, 2017 at the Aftershock Theater in Lawrenceville. For tickets and more information, email realtimeinterventions@gmail.com. ‘Burgh Vivant films weekly at Point Park University’s Center for Media Innovation in beautiful… Read more » 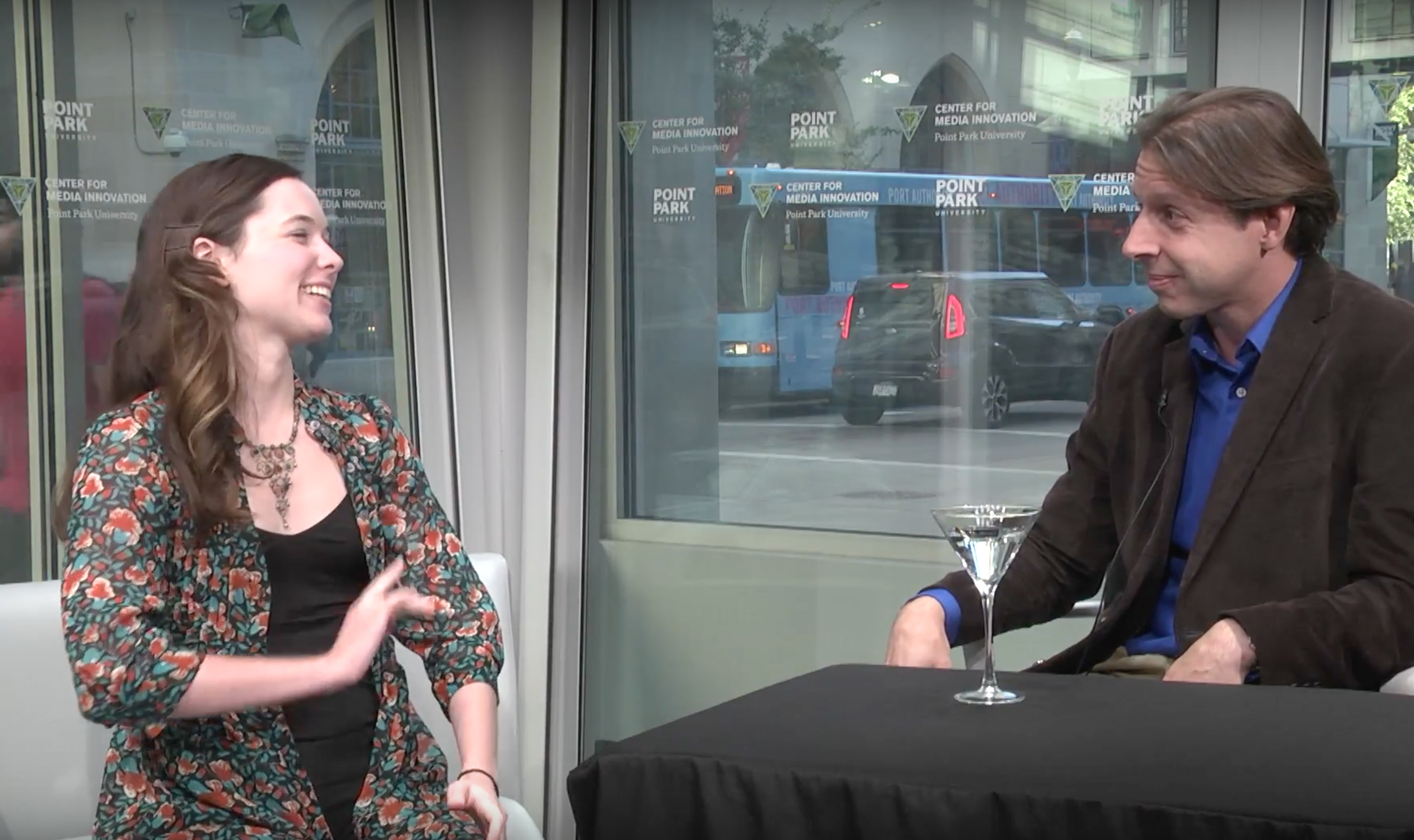 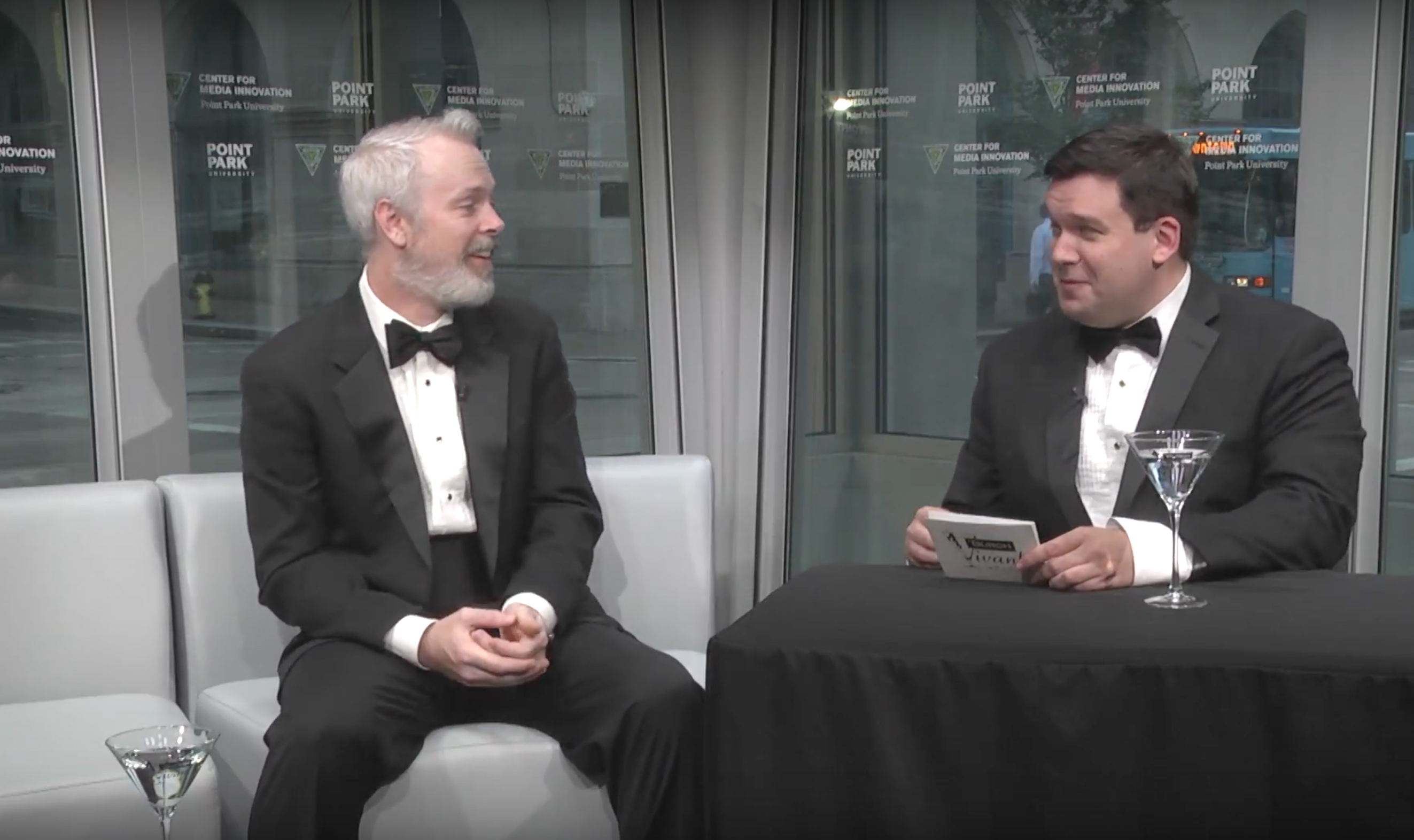 TONIGHT Actor Tim McGeever is on ‘Burgh Vivant chatting about his role in the oddly titled A FUNNY THING HAPPENED ON THE WAY TO THE GYNECOLOGIC ONCOLOGY UNIT AT MEMORIAL SLOAN-KETTERING CANCER CENTER OF NEW YORK CITY. If you got through the title, check out Tim’s interview here, and catch the show at City Theatre… Read more » 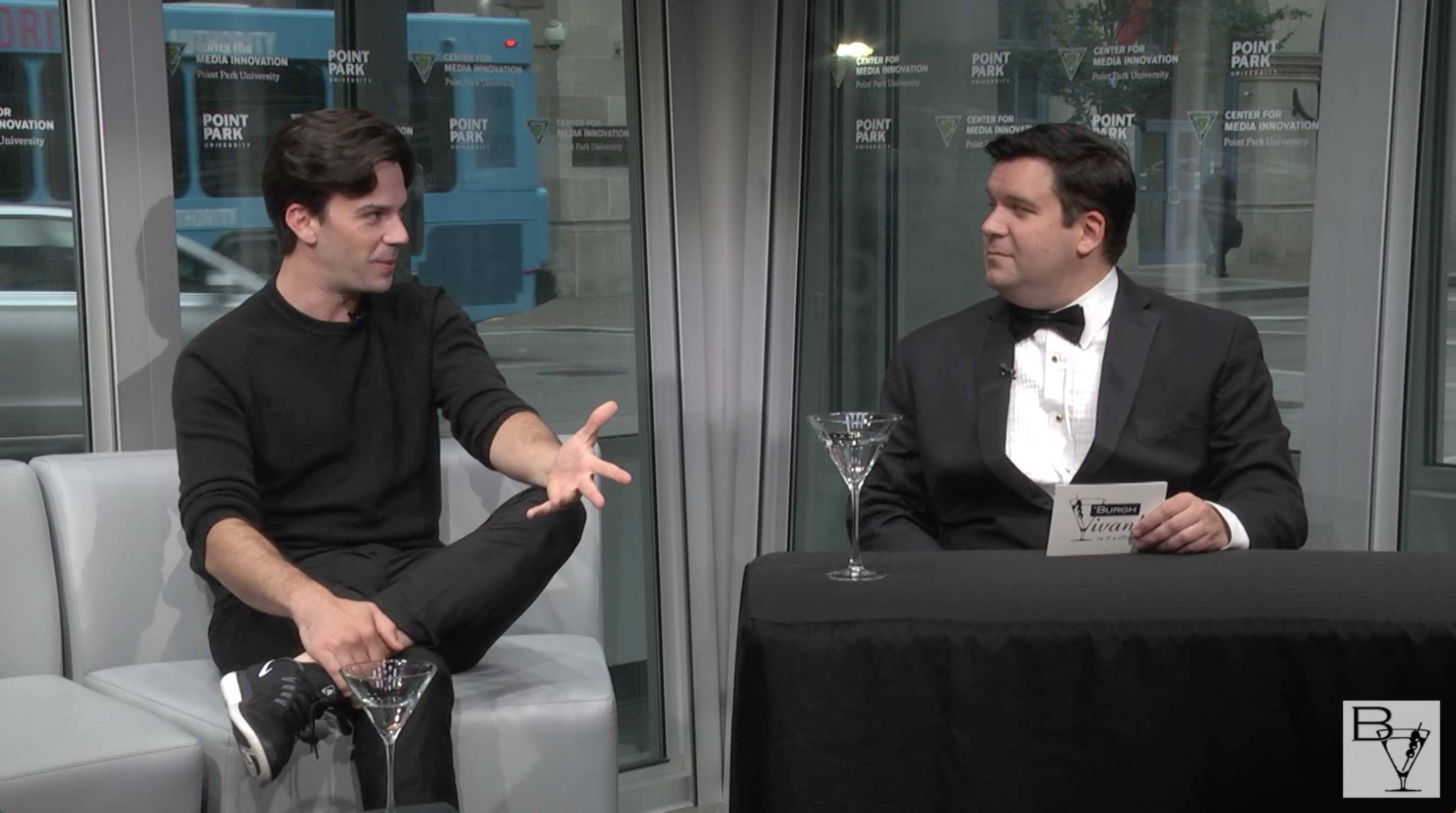 Actor and Writer Patrick Cannon is in the studio tonight talking about MULLIGAN, a TV pilot that is totally Pittsburgh! Learn all about it here and how you can be a part of it. The online fundraiser for this project has closed, but you can still support by mailing to AKA Studio Productions, 46-36 Vernon… Read more » 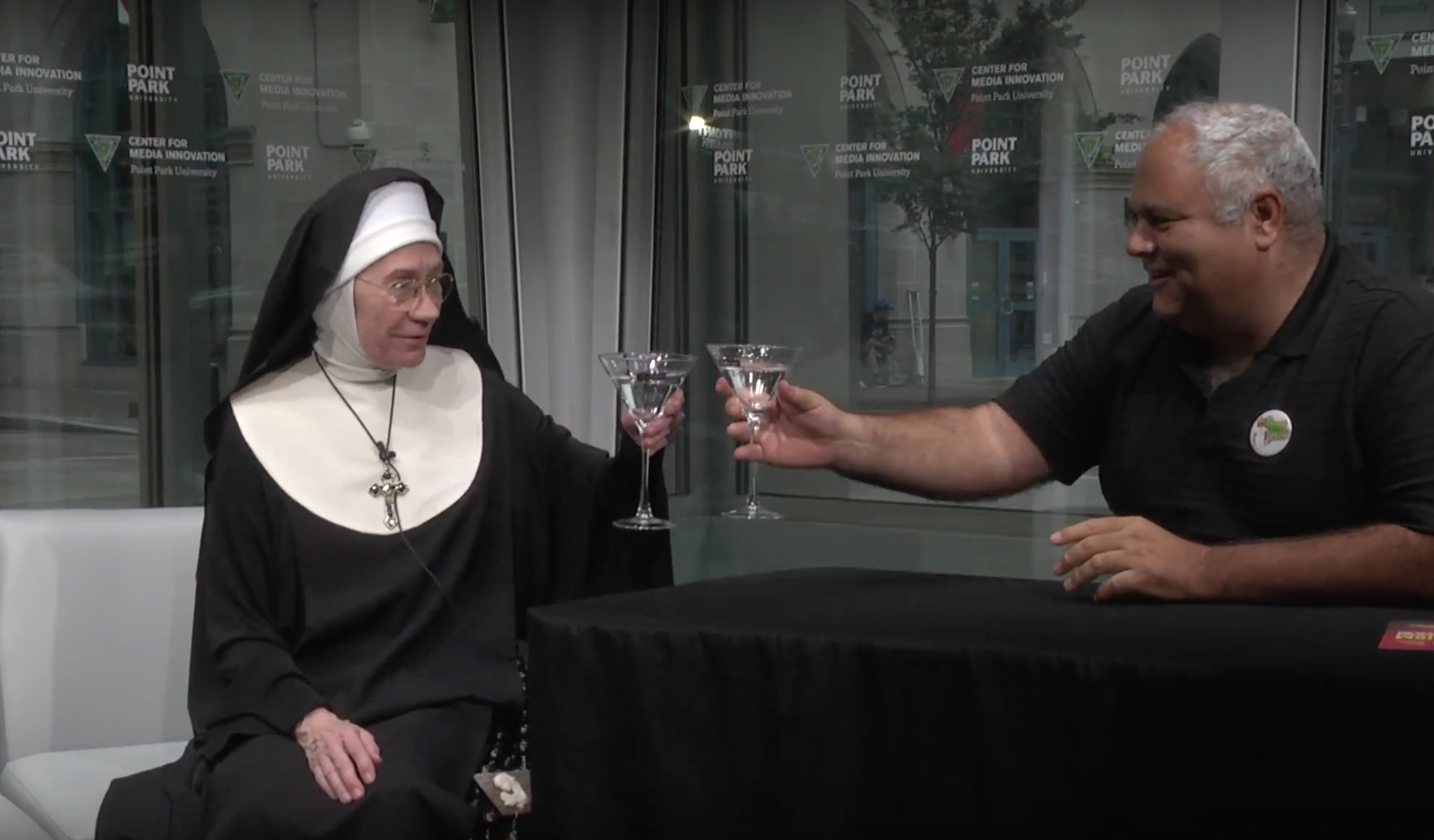 Sister (Kimberly Richards) is back in town and back on ‘Burgh Vivant! She’s celebrating nearly seven years of visiting Pittsburgh with LATE NITE CATECHISM at the City Theatre. Count your blessings and catch up with the nun-on-the-go here. For more information, visit www.citytheatrecompany.org 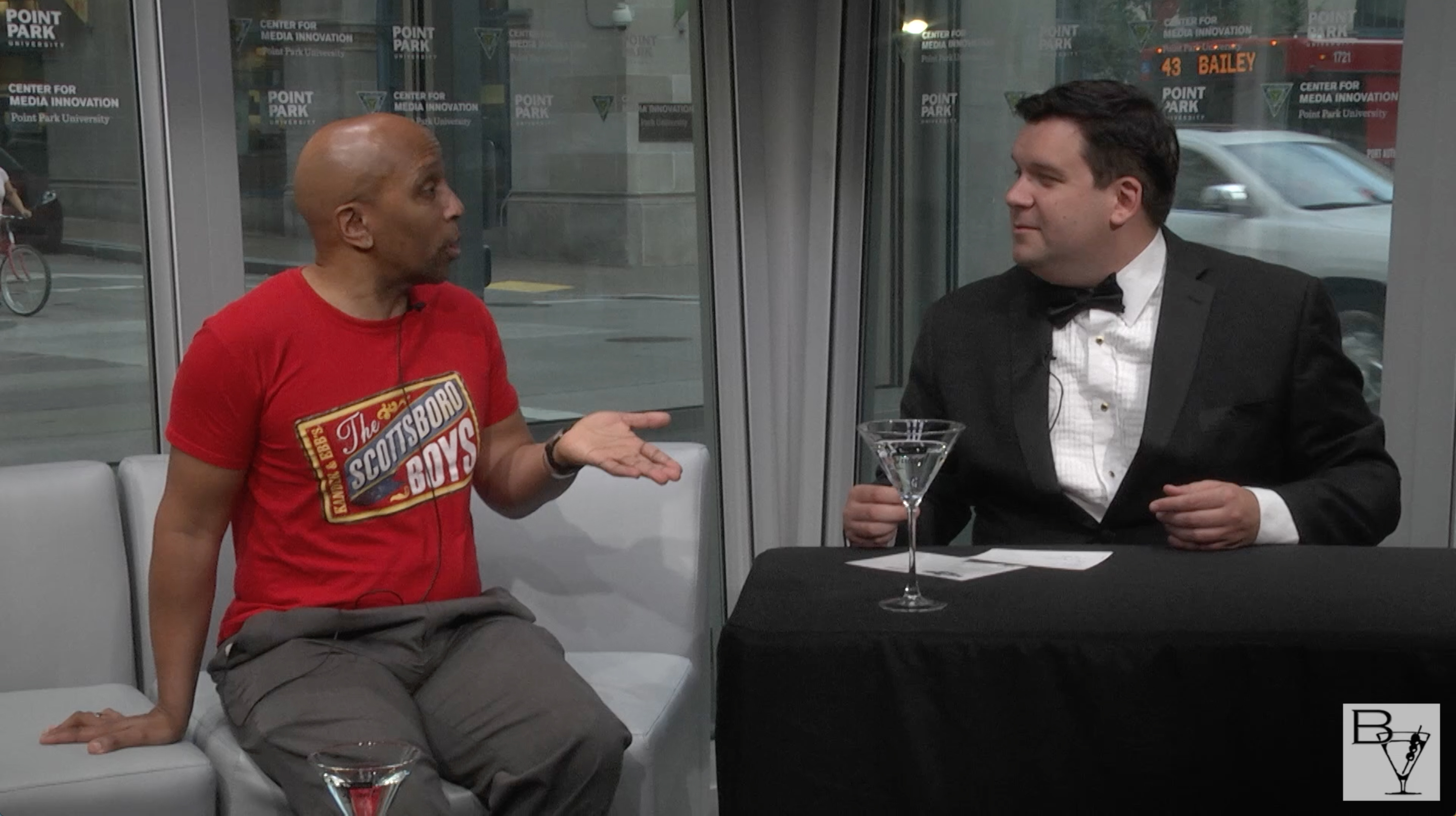 TONIGHT the multi talented Tomé Cousin stops by to share the intriguing history of Kander and Ebb’s final musical, THE SCOTTSBORO BOYS. PLUS: crashing auditions with Susan Stroman! See The REP’s production of THE SCOTTSBORO BOYS, September 8th through 24th, 2017 at Point Park University’s Pittsburgh Playhouse. For tickets and more information, visit www.pittsburghplayhouse.com 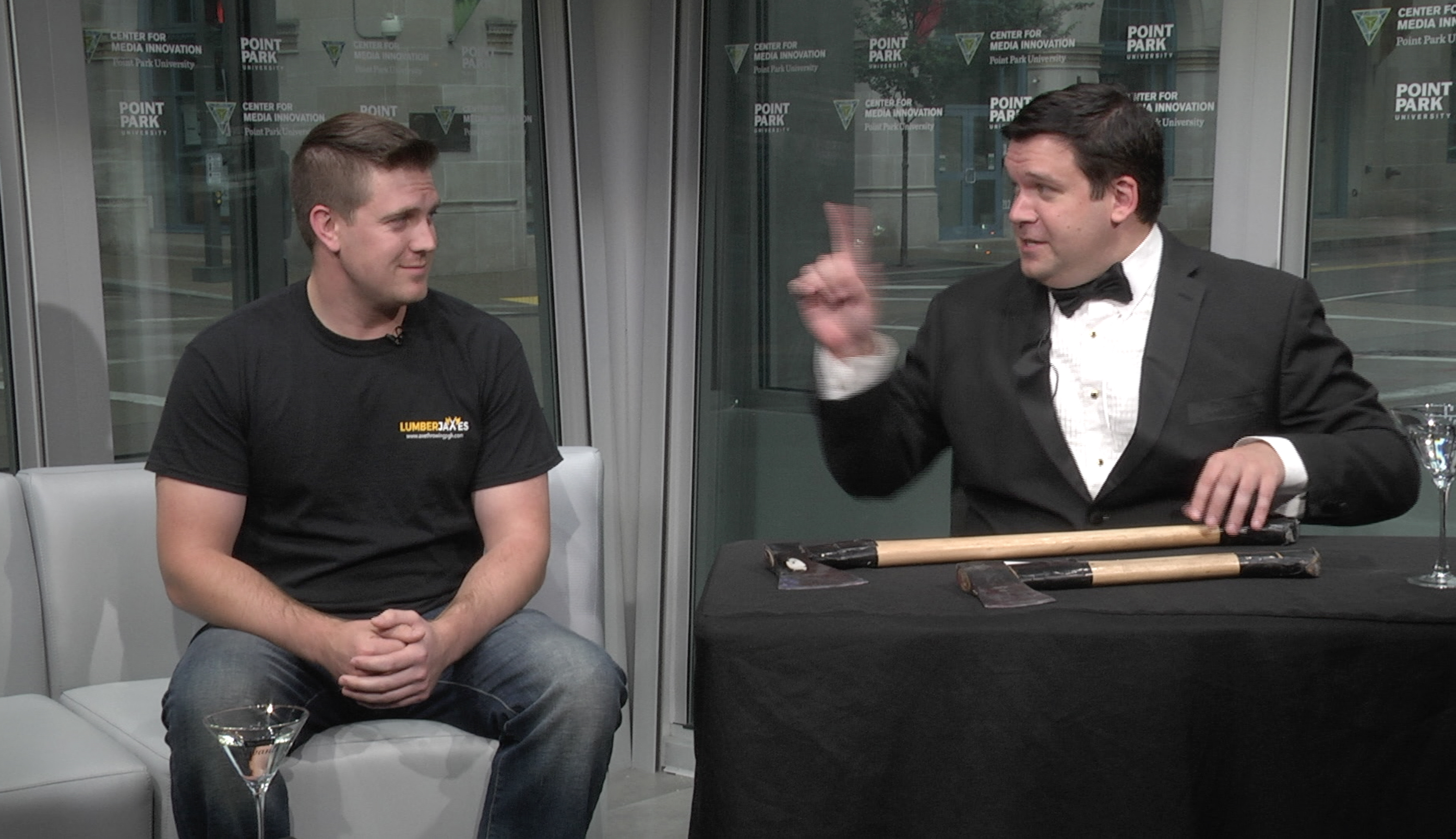 TONIGHT – Matt Peyton visits ‘Burgh Vivant for cocktail hour and a lesson on how you can enjoy the lively art of axe throwing – now in Pittsburgh! It’s fun for all – and even Brian Edward can do it in a tuxedo. Visit LUMBERJAXES at 2 Sedgwick St. Pittsburgh, PA 15209. For reservations and… Read more » 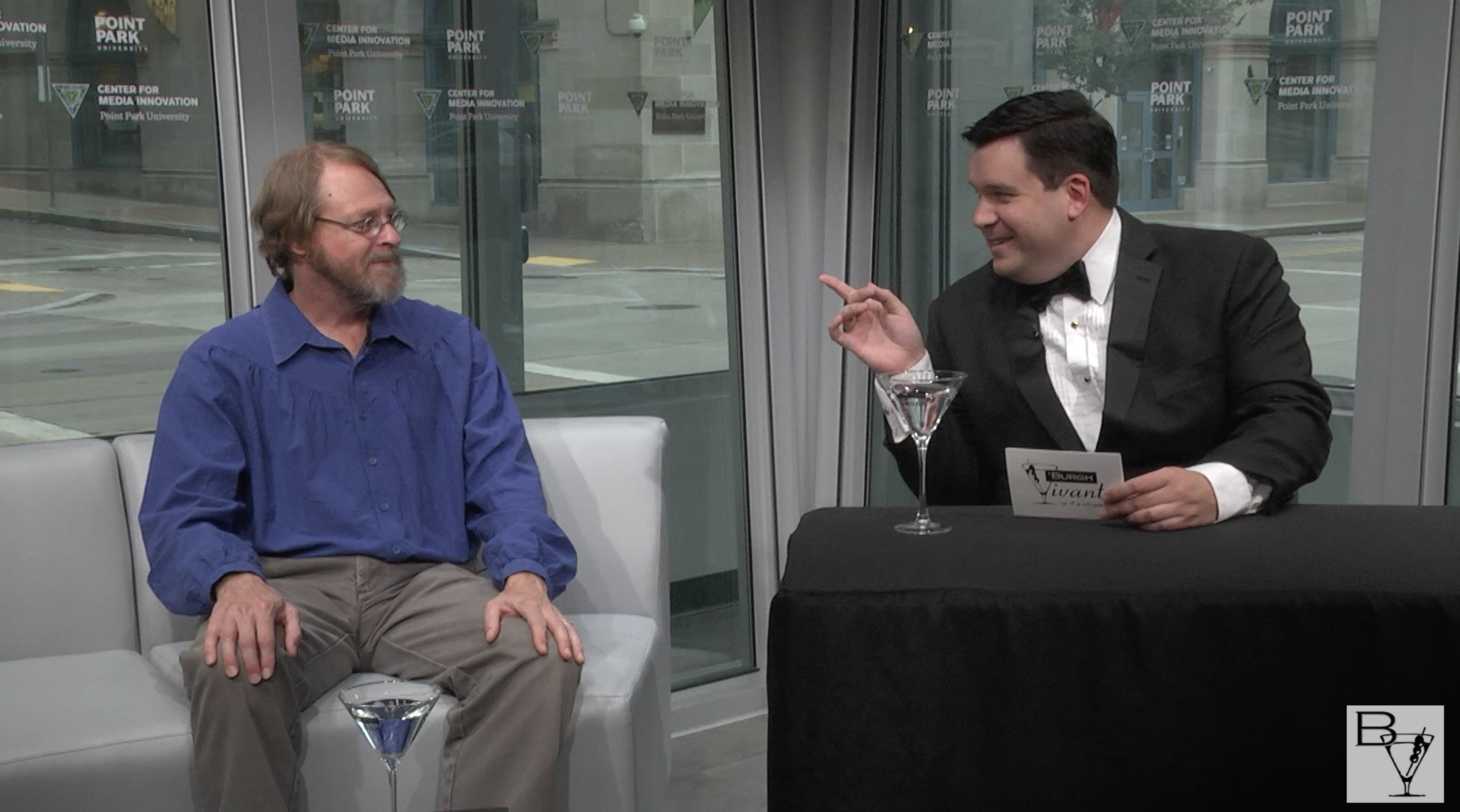 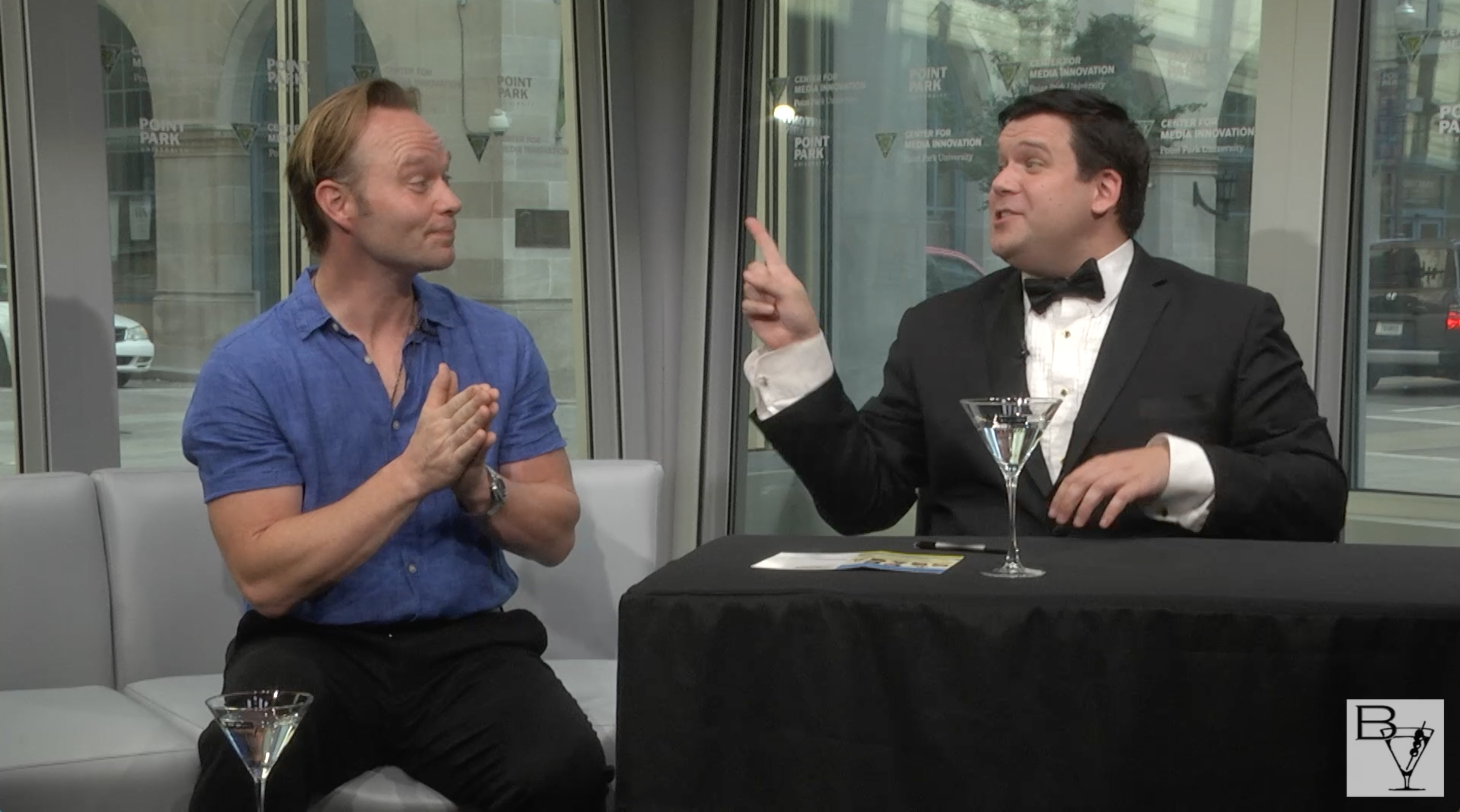 From Pittsburgh to Broadway and back, Billy Hartung is behind the martini glass on ‘Burgh Vivant tonight with heartwarming tales of Point Park in “the good old days,” how he made it into CHICAGO the movie, the graciousness of Liza Minnelli, and the remarkable connection to his role in Front Porch Theatricals upcoming production of… Read more » 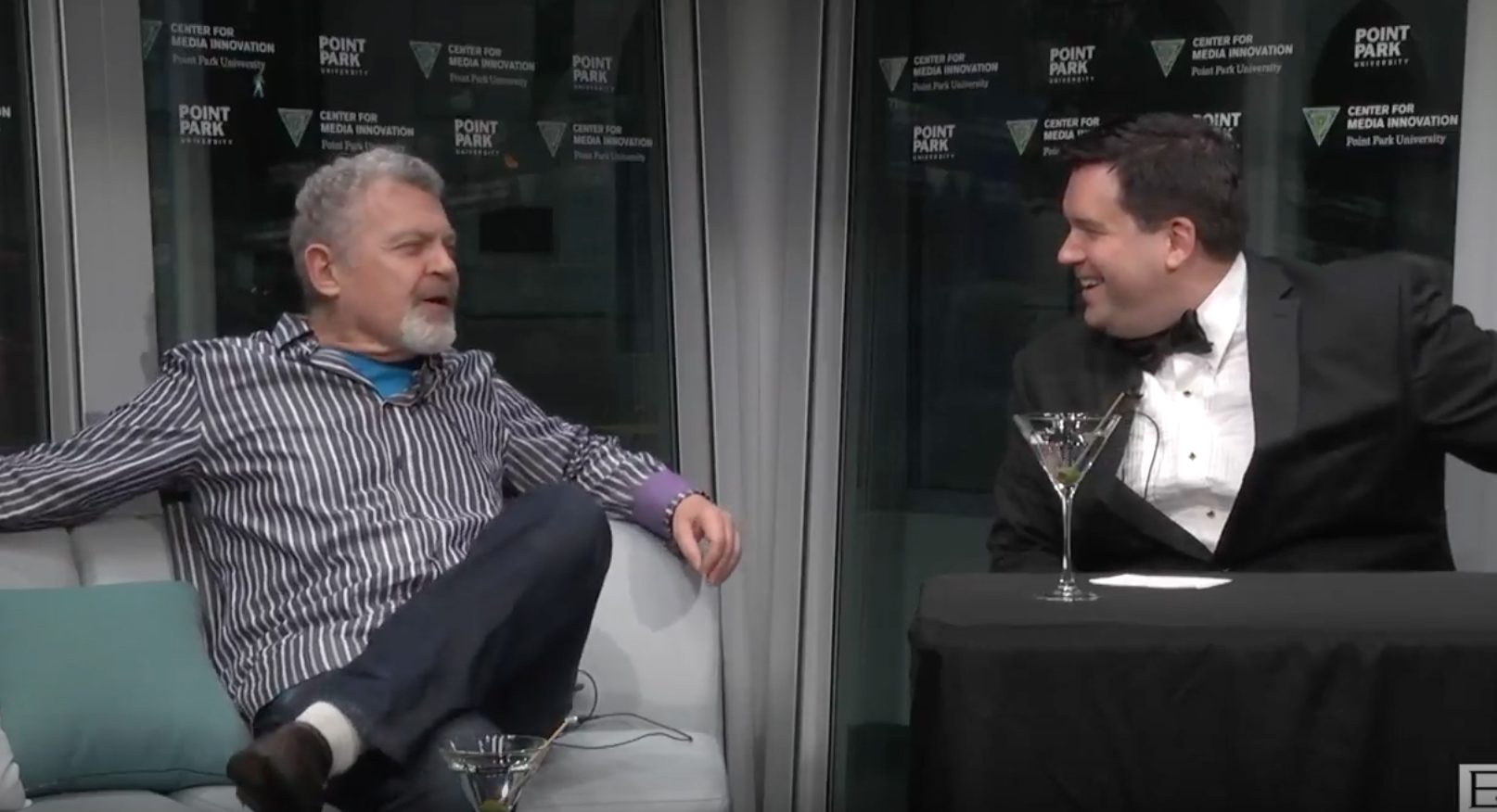 In the ‘Burgh Vivant studio tonight, its actor Sam Tsoutsouvas discussing his current production of David Ives’ THE LIAR, produced by Kinetic Theatre. Is the theatre itself based in lies or truths? Get Sam’s perspective – AND see THE LIAR through July 30th, 2017. For tickets and more information, visit www.kinetictheatre.org