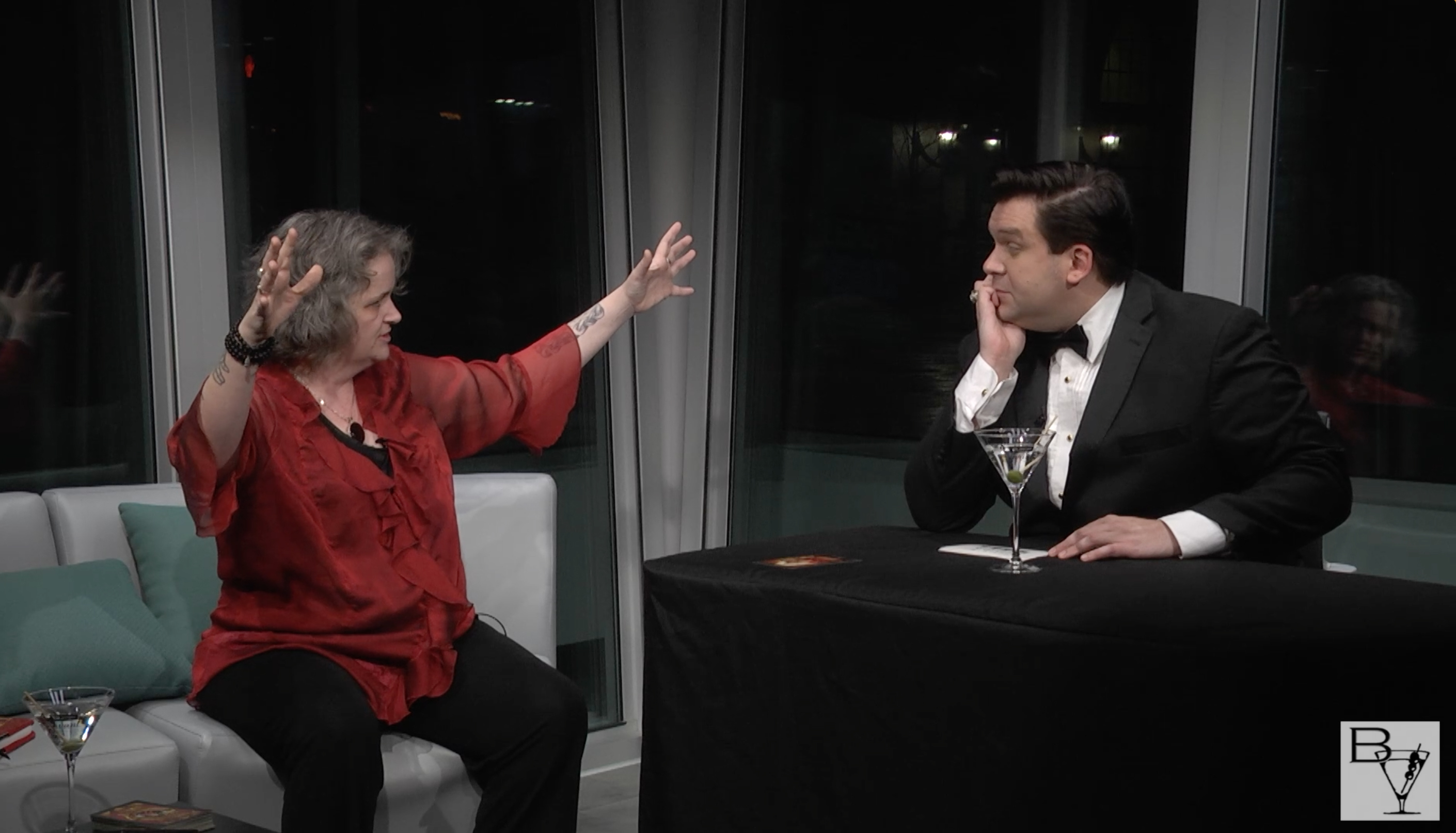 Pittsburgh’s Mad Muse, performing artist and advice giver Lori Howsare melts the stresses of the world away and helps interpret Brian Edward’s Oracle Guide – and she can do the same for you! Find out how – as well as what’s up with the kitten with the Bette Davis eyes. We know you’re curious – watch it all unfold here! Listen to “The Full Martini” – the complete interview in audio podcast, and follow The Mad Muse at www.musegonemad.com. ‘Burgh Vivant films weekly at Point Park University’s Center for Media Innovation in beautiful downtown Pittsburgh.

END_OF_DOCUMENT_TOKEN_TO_BE_REPLACED

Out of the Woods

Speak from your diaphragm

Don’t grab them, but do listen to them. Eve Ensler’s “Vagina Monologues” are back in town for a fundraiser for Pittsburgh Action Against Rape (PAAR). It’s a simple $10 donation at the door. Find the monologues and more at the Ace Hotel, 120 S Whitfield Street, Pittsburgh, PA 15206. Learn more by clicking here.

Hoist a tankard of ale to William Shakespeare at “Much A-Brew About Nothing,” a drunken Shakespeare event. Actors and comedians will drink down all unkindness while reciting portions of the Bard’s plays , including passages about drinking. Get thee to Hambones, 4207 Butler Street, Pittsburgh, PA 15201. For more information, click here.

No Doubt About it

Does the brain see what it thinks it sees? The evocative works of Lenka Clayton, Lori Hepner, Melinda McDaniel, Gina Occhiogrosso, Diane Samuels and Mary Temple are on display in “Doubt,” a show curated by Nadine Wasserman at SPACE, 812 Liberty Avenue, Pittsburgh, PA 15222. For more information, click here. Out comedian Suzanne Westenhoefer returns to her old stomping grounds when she hits Pittsburgh on Friday, February 17. Westenhoefer said, “My first time in Pittsburgh was during college. Back then I went quite often; because I attended Clarion University, and we would drive down to the gay bars.”

The lesbian comedian knows the lingo. She added, “Pittsburgh is where I learned about pop, gum bands, and I started calling people ‘jagoffs.’”

Westenhoefer has done many shows in Pittsburgh. She joked, “I like everything about the city EXCEPT downtown has been under construction for decades.”

She’s been breaking barriers and splitting sides for more than twenty-five years. Transgender comedian and actor Ian Harvie, and star of his own comedy special on SEESO, “May the Best Cock Win,” said, “If it weren’t for tenacious queer comics like Suzanne, there wouldn’t be room for comics like me. She’s awesome. I love her.”

Westenhoefer tours all over the country, and plays a lot of Pride events. She said, “Obviously the best Prides are the huge ones in NYC, Toronto and San Francisco, but my favorite is Jersey Pride. I got to host the very first one and they adopted me as if I’d grown up there.”

She added, “Going to the teeny ones can be awe-inspiring. Last year I did Spencer, Indiana. It’s just a tiny festival in front of city hall, but the entire town comes out and supports it. It was very moving.”

Westenhoefer does have some indelible memories of her life on stage. She noted, “One of my favorite moments on stage was seeing myself on the Jumbotron in Yankee stadium back during the Gay Games closing ceremonies. I had only been doing stand-up about a year.  I felt like Madonna.”

She said, “Anytime someone tells me how seeing my show helped or changed their coming out. I’m honored. Sometimes I cry a little later at the hotel.”

The veteran comedian had some good advice to share with newcomers. She said, “For new comics I always say, find your unique voice. Don’t be like any other comic. Stand up is standing out. And make your own work. Waiting around to get on stage at the local comedy club is wasted time, offer to host or Emcee other shows in your town.  Host a contest or introduce musicians etc. Go. Find. Work. It’s the only way to learn and get better.”

She offered advice for LGBT comedians, “Let me take this moment to tell your audience to see ANY open LGBT stand-ups you can. We live and die by a live audience. Comics cannot get discovered on the internet. We need live people laughing. Go to live shows. Then tell people about it. Then go to another. Whatever you can afford whenever you can. Take people!”

A widow’s 14 year old daughter forms a Gay/Straight Alliance in the high school of a small Texas town and it causes several upheavals in Elise Forier Edie’s play, “The Pink Unicorn.”  You can catch all the drama at the Carnegie Stage, 25 West Main Street, Carnegie, PA 15106. For more information, click here.

On Saturday, February 11, John McIntire has a great line up for his “Dangerously Live Comedy Talk Show.” He will be hosting Mayor Bill Peduto, WQED’s Rick Sebak and the Voice of the Pirates, Greg Brown.  McIntire will be asking the question, “Has the world gone crazy?” Find out the answer at the Oaks Theater, 310 Allegheny River Blvd., Oakmont, 15139. For more information, click here.

If I had a Hammer

The legend of John Henry comes to life in “JH: Mechanics of a Legend.” Hear the true story behind the African American tall tale. This original new musical about slavery, race and becoming larger than life is at the August Wilson Center, 980 Liberty Avenue, Pittsburgh, PA 15222. For more information, click here.

Sunday, March 12, fashion designer Tereneh Mosley champions a global view of fashion in “Tereneh Mosley: Globalization for Good.” In this talk, Mosley discusses her shared vision and collaborative process with the Maasai women of Kenya and their new fashion line released early this year.  You can see and hear Mosley at the Carnegie Museum of Art, 4400 Forbes Avenue, Pittsburgh, PA 15213. For more information, click here.

Thursday, February 2,  see “Groundhog Day” on Groundhog Day. See it at 7:00 and again at 9:00 and you can pretend you are also stuck in a time loop. It’s at the Arcade Comedy Theater, 811 Liberty Avenue, Pittsburgh, PA 15222. For more information, click here.

Christmas isn’t quite over. There’s time for the Christmas feast…in “Twelfth Night,” a grand Shakespearean comedy.  Come out and see Sir Toby Belch and his accomplices get the best of the egomaniacal Malvolio at the Pittsburgh Public Theater’s O’Reilly Theater, 621 Penn Avenue, Pittsburgh, PA 15222. For more information, click here.

Brother, Where for art thou?

Ann Talman’s “Woody’s Order” opens at the Rep, Point Park University’s Pittsburgh Playhouse. It’s the story of a bright non-verbal boy with cerebral palsy who conjures up a sibling. Soon, Ann is born. But Ann wants to be an actor and she must decide if she’s Broadway bound or her brother’s keeper. It’s a one woman show at the Pittsburgh Playhouse, 222 Craft Avenue, Pittsburgh, PA 15213. For more information, click here.

Make a Coffee Date with an artist. On Saturday, February 4, you can grab a cup of joe with Christopher Meerdo. It’s a chance to ask the artist anything and it’s free if you’re a member of the MFer (that’s Mattress Factory member for short). It’s all at the Mattress Factory,  500 Sampsonia Way, Pittsburgh, PA 15212. Become a member here.

I have a hunch, you might like this next musical. It’s Victor Hugo’s classic tale “Hunchback of Notre Dame” done by Disney. The Disney animated version with songs by Alan Menken and Stephen Schwartz hits the stage over at Byham Theater, 101 6th Avenue, Pittsburgh, PA 15222. For more information, click here. 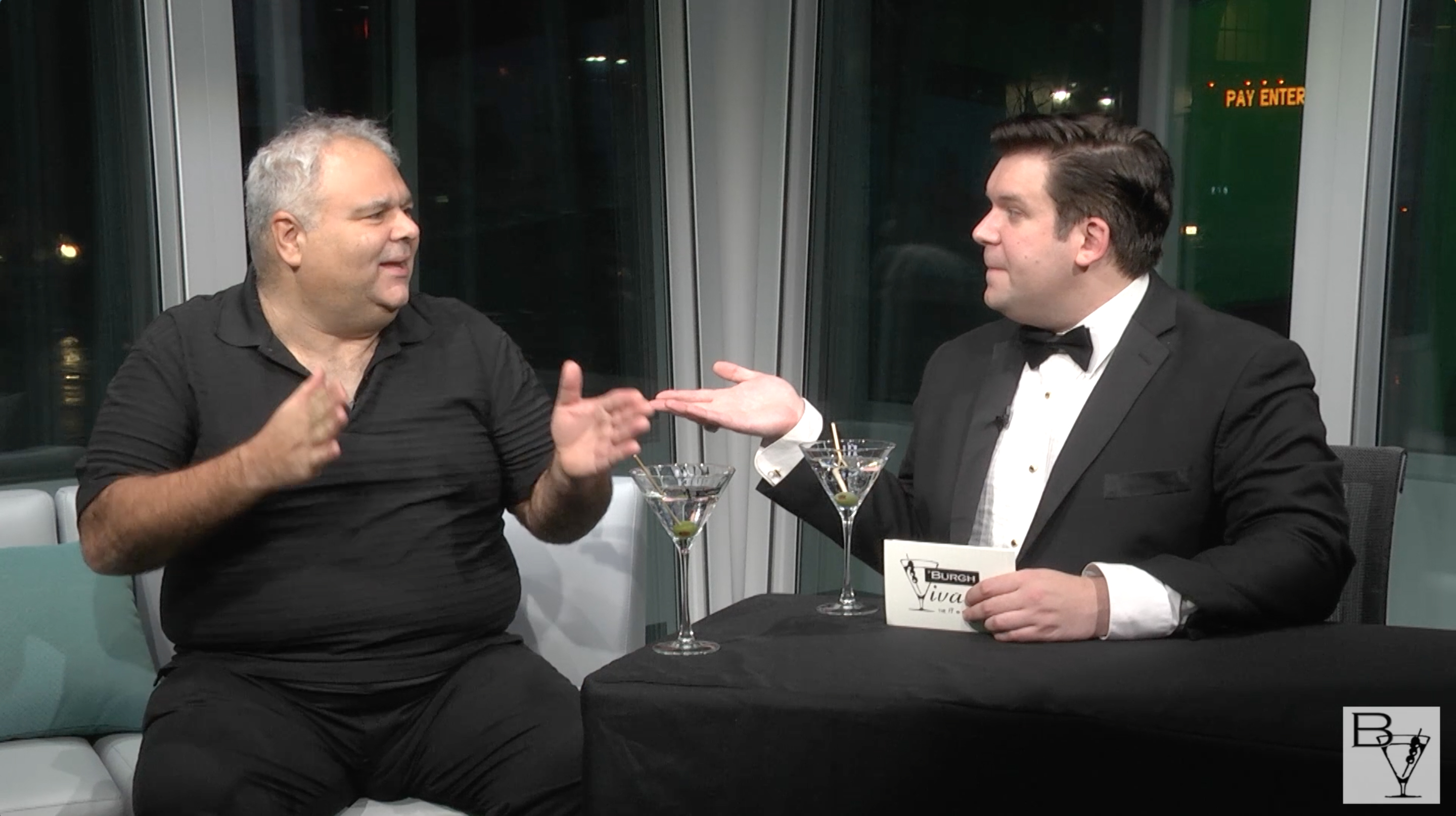 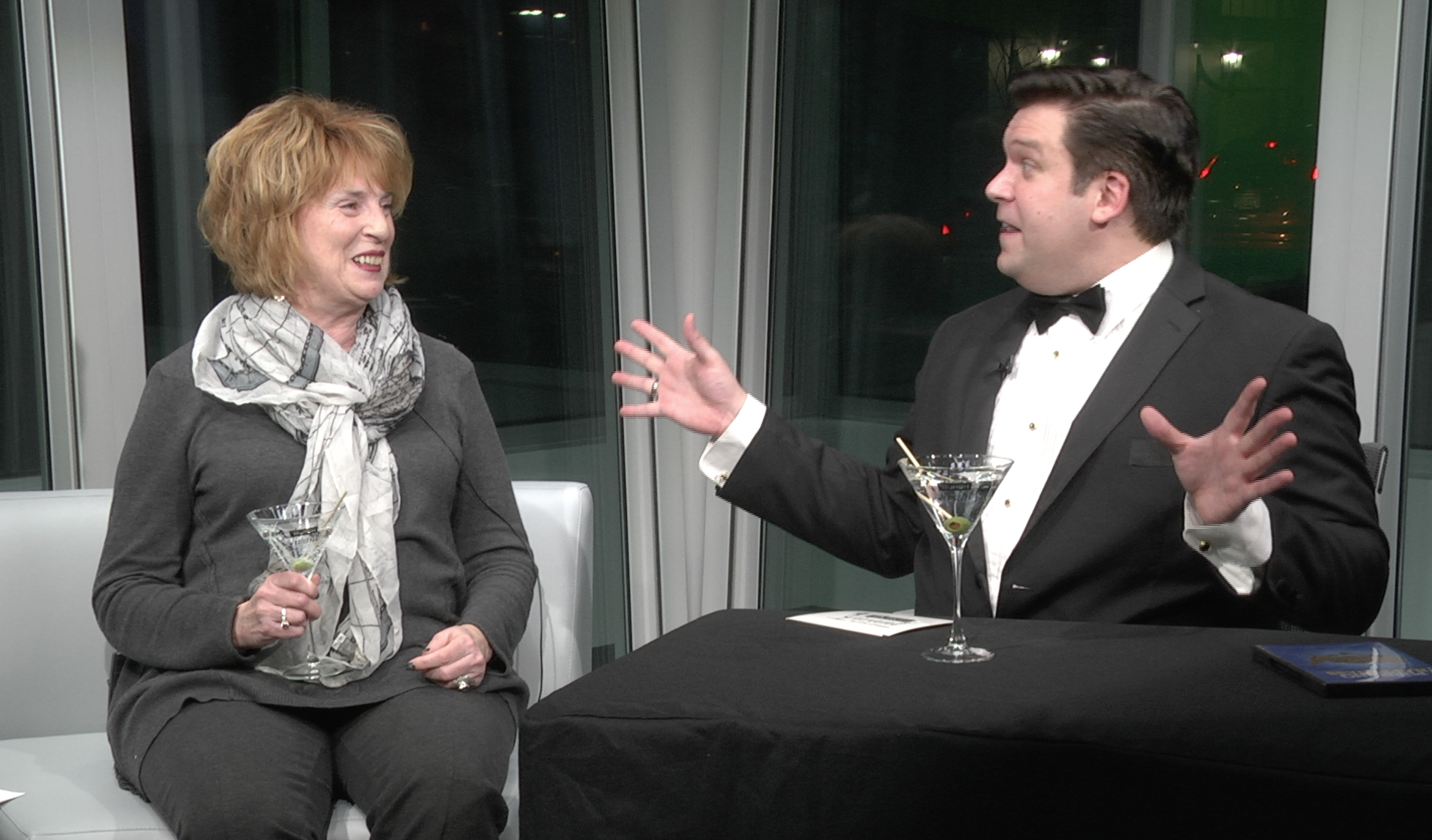 Filmmakers Adam Shell (Director, Producer, Editor) and Nicholas Kraft (Producer, Editor) set out to find the happiest people in America for their newly released documentary PURSUING HAPPINESS – and it’s no surprise that their quest led them to Pittsburgh’s own Randy Gilson, proprietor of RANDYLAND; a beacon of joy that defies explanation and invites visitation. Randy and “LAND” are both prominently featured in the captivating new film which recently received a screening at City of Asylum’s Alphabet City on Pittsburgh’s North Side, with both producers and Pittsburgh’s “happiest resident” in attendance. Learn more about PURSUING HAPPINESS at www.pursuinghappiness.com, and visit RANDYLAND virtually at randy.land, and in person at 1501 Arch Street, Pittsburgh PA, 15212.  END_OF_DOCUMENT_TOKEN_TO_BE_REPLACED 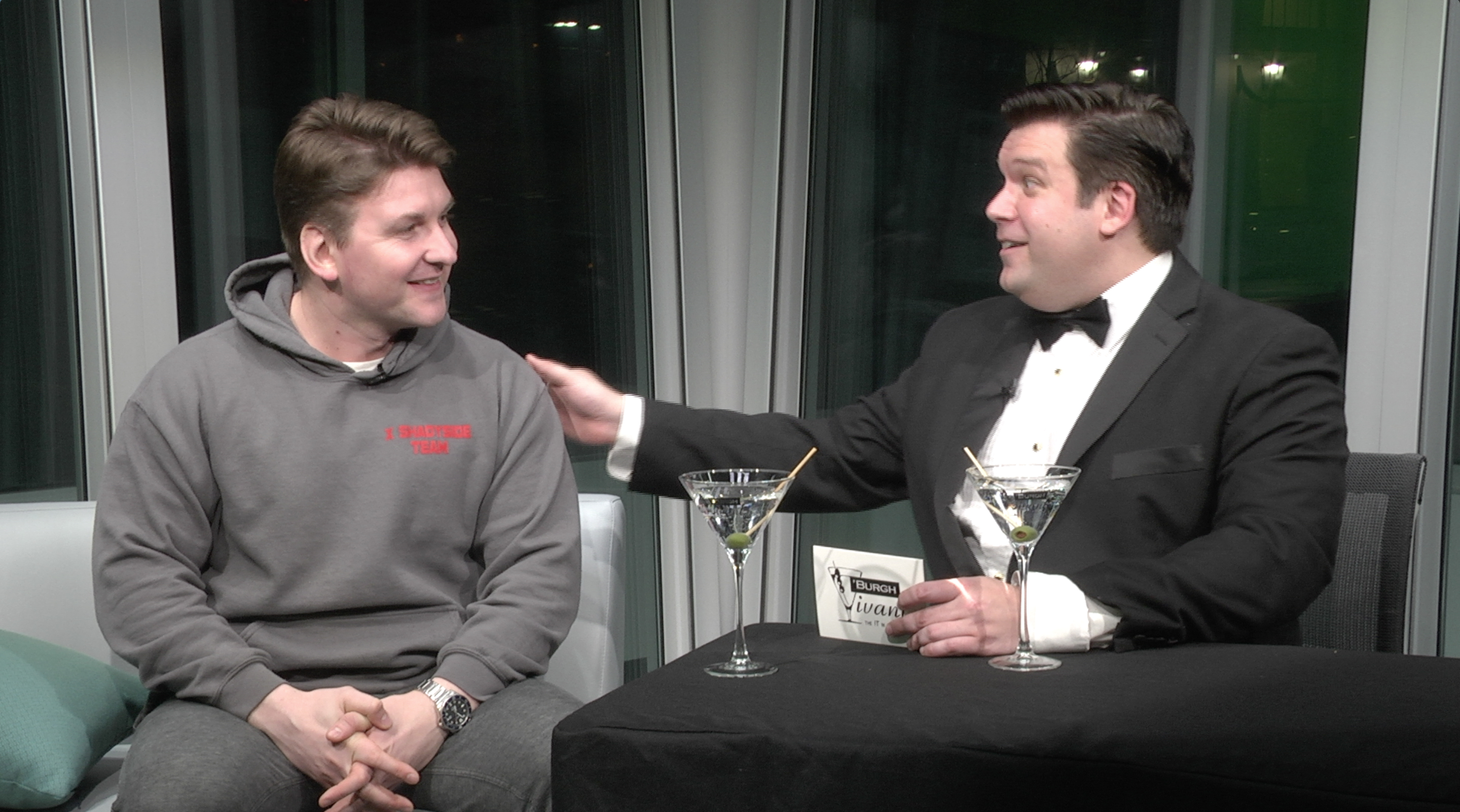 We’re well into the new year but how are our resolutions faring? Namely, those of a fitness nature. Personal Trainer Tom Kolos of X Shadyside provides some insight on how to stay committed… despite temptation, and lends his fitness expertise to stationary talk show hosts and anyone else who may spend the better part of their day in a seated position. All this and a shout out to Prantl’s Bakery! Visit X Shadyside for all of your fitness needs – www.xshadyside.com – and watch/listen to the complete interview at www.burghvivant.org. ’Burgh Vivant comes to you weekly from Point Park University’s Center for Media Innovation in beautiful Downtown Pittsburgh.   END_OF_DOCUMENT_TOKEN_TO_BE_REPLACED

Rock out with the “Pump Boys & Dinettes.” Boys from a gas station and girls from a diner start singing, strumming and humming their way into your heart. Gas up at the Cabaret at Theatre Square, 655 Penn Avenue, Pittsburgh, PA 15222. For more information, click here.

Catch Michael Phillip Edwards in a multi-character solo performance that highlights the current climate of race relations in America, eloquently depicting the psychological & spiritual damage sustained by men of color with “I Am Not Sam.” It’ at the August Wilson Center, 980 Liberty Ave, Pittsburgh, PA 15222. For more information, click here.

BoxHeart Gallery presents “2017 Artist of the Year: Alice Raymond,” and her debut solo exhibition “Nowhere & Now Here” on exhibit in the main gallery While you’re at it, check out Heather Heltzenrater’s “Thresholds” on the second floor. It’s free and open to the public. You can get to “Nowhere” at BoxHeart Gallery, 4523 Liberty Avenue, Pittsburgh, PA 15224. For more information, click here.

The game is afoot in “Diamonds are to Die For,” an interactive murder mystery on Saturday, January 27.Solve the mystery and have a splendid Italian meal at Gaetano’s Banquet Center, 1617 Banksville Road, Pittsburgh, PA 15216. For more information, click here. 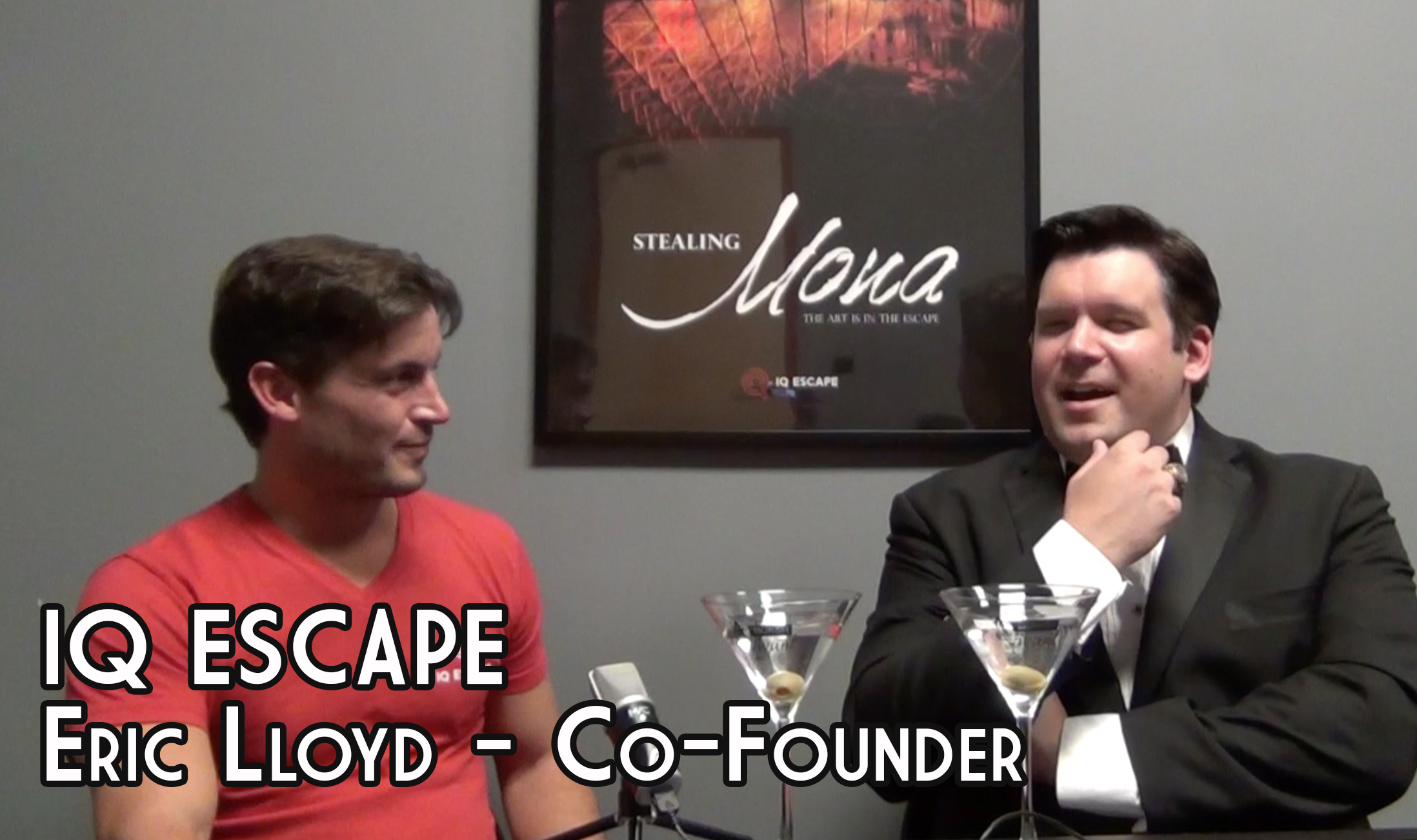 Escape rooms have become all the rage, and Eric Lloyd has assembled some of the most unique escape experiences to date. But when Burgh Vivant’s Mike “Buzz” Buzzelli and Lonnie The Theatre Lady rise to the challenge and attempt to pilfer the Mona Lisa from the Paris Louvre, will they make it out in time without being arrested? Find out! Listen to “The Full Martini” – the complete interview in audio podcast, and visit IQ Escape at www.pittsburgh.iqescape.com to book your next adventure.   END_OF_DOCUMENT_TOKEN_TO_BE_REPLACED