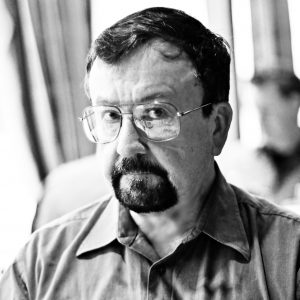 George Frideric Handel’s opera “Xerxes” defies some of the preconceived notions audiences might have about the great Persian ruler, often billed as the “king of kings.” For one, who would have thought to create a comic opera about so august a historical figure?

Most times, persons of Xerxes rank are given the demigod treatment. Who would dare to tarnish the heroic image of one so high in the Pantheon of human history with such banal and cavalier treatment?

With this in mind, the plot also takes an astonishing, unexpected turn in its unfolding of the multiple romances and complicated intrigues that take place between the king, his brother, two sisters and a foreign princess. One would probably bet on Xerxes, an absolute ruler of the ancient mold, to come out on top in any amorous tug-of-war that pits him against less powerful suitors. Surprise! Such is not the case.

Another iconoclastic moment comes from the casting requirements. You’d probably expect so powerful a king and ruler to be sung by an alpha male voice such as a tenor or baritone. Instead, Handel’s opera calls for not one but two castrati, one of which portrays Xerxes, the other his brother, Arsamene.

In the Pittsburgh Festival Opera production which opens on the evening of July 14th at the Falk Auditorium in Shadyside, the cast is blessed by what director Daniel Rigazzi calls “two world class countertenors” (who sing in the same vocal range as their Baroque predecessors) who also happen to be two of the best regarded in the nation.

“In the day of Baroque opera, countertenors were the pop stars of their era,” Rigazzi said. “There’s a place for this sort of masculinity in our own culture. Just look at the adulation commanded by the lead singers for Journey and Queen. As Baroque opera has come back into popularity, there are a lot more countertenors now – along with a lot more work for their talents.”

Starring in the title role, countertenor Andrey Nemzer has performed in each of the Festival Opera’s six summer seasons. Winner of the 2011 Mildred Miller International Voice Competition, Nemzer performed the role of Handel’s Julius Caesar last year for Pittsburgh Festival Opera and has made appearances at the Metropolitan Opera, Opera San Antonio, the Pittsburgh Symphony and more.

Cast in the role of Arsamene, countertenor Daniel Moody, a graduate of the Peabody Conservatory with a Master’s from the Yale School of Music and Institute of Sacred Music, has sung in several Early Music festivals and with numerous symphonies and music venues across the nation.

Early on in the opera, be sure to listen for one of Xerxes’ aria highlights, “Ombra ma fu,” the only operatic love aria I know that’s sung to a tree. The fact that the tree is sacred only slightly diminishes the foolishness of this bit of regal eccentricity, which also turns out to be one of Handel’s best-known (and beautiful) melodies, often referred to as “Largo”

“Xerxes” is one of Handel’s later operas penned at a time when his career as a composer of opera was on the wane,” Rigazzi said. “At the time, he was experimenting with the aria form and rethinking convention.”

In his composition, Handel incorporated short, one-movement arias into the work in an era when audiences were accustomed to long, three-movement, de capo arias. This innovation plus his mix of comic elements into the work may have contributed to the opera’s early failure with his 18th century audience.

First performed as an oratorio in March 1738, “Xerxes” made the stage of the King’s Theater as an opera seria two weeks later but lasted for only five performances. For nearly 200 years, the work fell into obscurity until it reemerged onto the stage in the mid-1920s, along with a resurgence of interest in Baroque music. Today, it is one of Handel’s most popular operas, second only to “Julius Caesar.”

In preparing to direct to opera, Rigazzi said that a fascinating aspect of 18th century opera is the fact that the singers performed in front of painted roll drops with very little movement on their part, a practice not to the taste of modern audiences.

“Baroque operas are open-ended,” he said. “In more contemporary operas, the stage movements are almost always spelled out. For ‘Xerxes,’ I had to do a lot of research and investigation and study how each character changes through the arias.”

The opera’s libretto, written by Giovanni Bononcini, had been used multiple times before Handel set it to music. Rigazzi said, in the 18th century, librettos were frequently passed around and that composers were free to make any adjustments they deemed necessary.

“Handel had an amazing sense of drama,” Rigazzi said. “He really knew how to pace the story and was a master of theatricality.”

Befitting a Baroque opera, Pittsburgh’s beloved Chatham Baroque ensemble forms the core of a 14 musician ensemble under the baton of Walter Morales. Set in Persia, “Xerxes” treatment by scenic designer, Hank Bullington, has, according to Rigazzi  “one foot in that ancient middle eastern country, one foot in the 18th century, but still retains a modern feel.” To add even more visual ambiance, Bullington incorporates a series of vibrant projections onto the set.

“A lot of different elements go into creating a fictitious world, an almost fairy tale  world of delight but one that realizes a unified whole,” said Rigazzi, who’s directed theater and opera for 25 years – everything from Shakespeare and Puccini to contemporary plays and musicals. Since 2008, he’s also been on the directing staff at the Metropolitan Opera of New York.

“While I am a Handel enthusiast, I don’t consider myself a Baroque opera specialist,” said Rigazzi, who also directed last summer’s “Julius Caesar,” another Handel opera.

With a period orchestra, Handel’s glorious music and a cast of exceptional singers including two of the nation’s most respected countertenors, Pittsburgh Festival Opera’s “Xerxes” is a not-to-be-missed production.

Handel’s “Xerxes” is at the Falk Auditorium at the Winchester Thurston School, 555 Morewood Avenue in Pittsburgh (Shadyside) at 7:30 p.m. on Friday, July 14 and Saturday, July 22 and at 2 p.m. on Sunday, July 16. Tickets and more information can be found HERE.

great review with lot of detail of composer and story…..

Welcome to the (online) ‘Burgh, Dave! Happy to see you here!
The Festival Opera Family