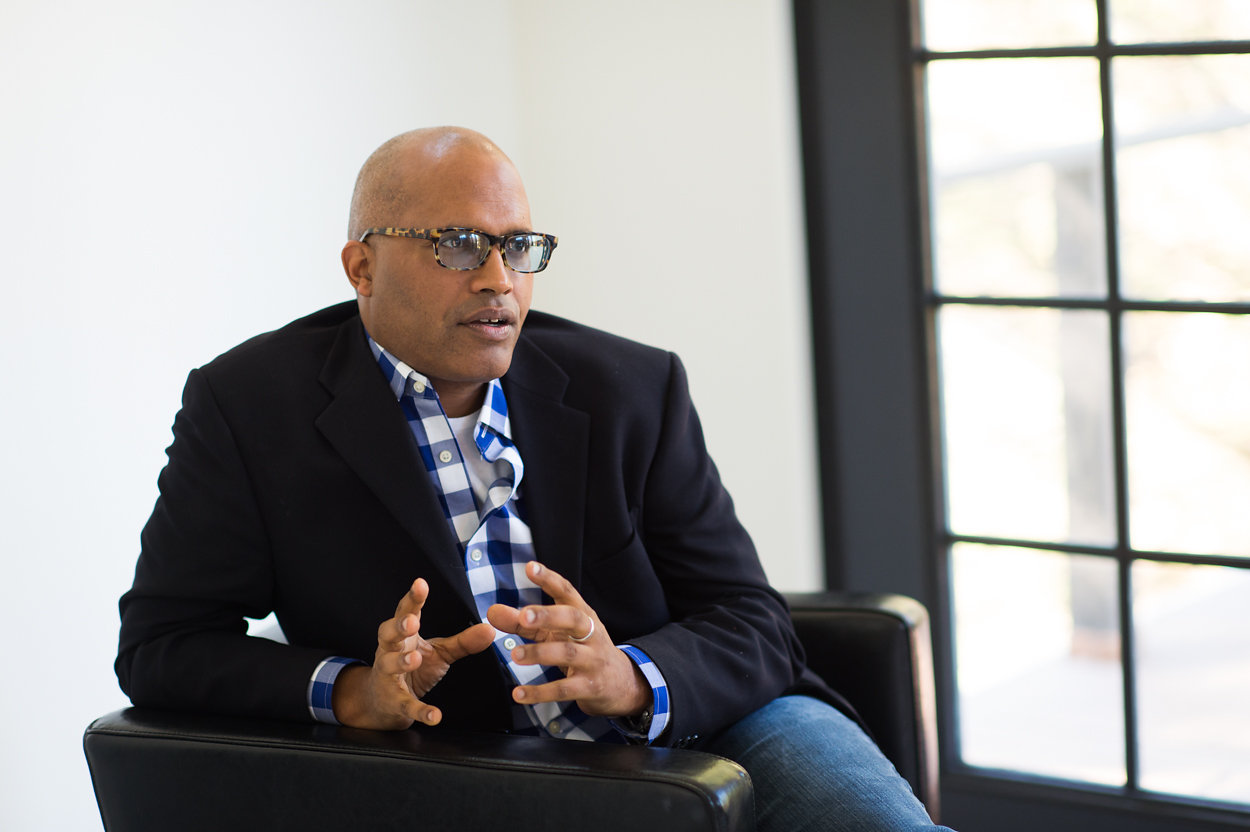 Foodies get ready. A unique culinary experience is coming to town, the brainchild of a native son and food hobbiest who’s turning his culinary avocation into an intriguing  second career.

Born and raised in West Mifflin, Micheal Sparks went on to distinguish himself as an eyewear designer, first in Pittsburgh at Lugene Optical in Oxford Center where his clients included the city’s elite entertainers and Pirate and Steeler sports stars.

A momentous moment in Sparks’career developed when he designed eyewear for Pittsburgh jazz legend, Walt Harper and a friend who turned out to be none other than legendary jazz trumpeter Dizzy Gilespie. When the president of Lugene Optical heard of his work for the two jazz greats, he recommended Sparks to the New York office.

Eventually, Sparks went on to found his own business, Artistic Eye, which specialized in luxury lifestyle products designed for celebrities such as Barbara Streisand, Brad Pitt, Janet Jackson, Robert Redford and Oprah Winfrey.

Currently living in Richmond, Virginia, where he’s founder and president of Micheal Sparks Design, a luxury branding and design enterprise, Sparks has another interest, one that has grown into a venture that offers a unique culinary experience.

In his residencies in far flung places like New York, San Francisco, Los Angeles, Sydney, New Zealand, Osaka, London and Madrid, he always explored the cuisine of his host country, both as an ardent foodie and as someone interested in expanding his own personal cooking prowess.

After moving to Richmond, Sparks and his partner began to host over-the-top dinner parties as a way of breaking the ice with his neighbors. Soon, notable regional chefs began preparing the “neighborly meals” which were also held at unique venues. As time went by, the concept of  creative dinners held in unusual places with an aura of mystery blossomed into the Underground Kitchen, a highly choreographed and thematic experience that melds exquisite food, wine, ambiance and entertainment.

To date, the Underground Kitchen has staged elaborate five and six course meals prepared by celebrated chefs with wine pairings in 28 cities up and down the Mid-Atlantic states. On August 2, Sparks will stage his first Underground Kitchen Dinner at an as yet-to-be-announced location in Downtown Pittsburgh.

“My family encouraged me to come back home to stage a Ugk dinner, but, as a proud native son,  I first wanted to make sure I would have every kink worked out to make the dinner as perfect as possible,” Sparks said. “My assistants scoured the city looking for unique venues and came up with six possibilities. I feel the one we selected is just perfect.”

Normally, UGK doesn’t reveal the chef, the location or the menu until a few days before the event, which is part of UGK’s allure of mystery. But for the Pittsburgh dinner, Sparks is revealing ahead of time the date (August 2), the theme (Air Land + Sea), which is woven into the menu and decor, and the chef, J. (Jacoby) Ponder, whose career highlights include two star-making appearances on the Food Network.

Tickets for the pop-up dinner are $200, which includes 5 or 6 courses plus paired wines and all gratuities. Vegetarian, pescatarian and vegan dinners can be arranged for those requesting them. To make a reservation, visit the Underground Kitchen website HERE.  The exact menu and location will be kept secret until a few days before the event.

“The dinner will give participants an opportunity to meet fellow foodies as well as the chef in a face to face experience after the meal,” Sparks said. “Chef Ponder may even reveal a recipe on request.”

The multicourse bill of fare is intended to focus on unique and exploratory dishes that provide learning experiences for everyone. Sparks expects chefs to challenge and push themselves to new areas of culinary creativity and also likes to point out that UGK dinners are not for picky eaters but for people with adventurous palates.

In a phone interview from his base in Richmond, chef Ponder said he wants to include a lot of whimsical items in his UGK menu that Pittsburghers have probably never before seen. He also said he plans to go shopping for the food the day before the dinner and expects that everything will be locally sourced. Although some initial prep will take place the day before the event, the food will be cooked on site the day of the dinner.

“The way I intend to present the food should be astounding,” he said.

Spark’s attention to detail extends beyond the menu to include thematic elements in the decor and atmosphere of the venue. He said he brings all the accouterments with him and is so concerned with detail that he recently commissioned a glassblower to fabricate his glasswear and a potter to create his tablewear.

“In the future, I hope to bring UGK dinners back to Pittsburgh and am looking for local non-profits that deal with food to work with in subsequent events,” Sparks said.