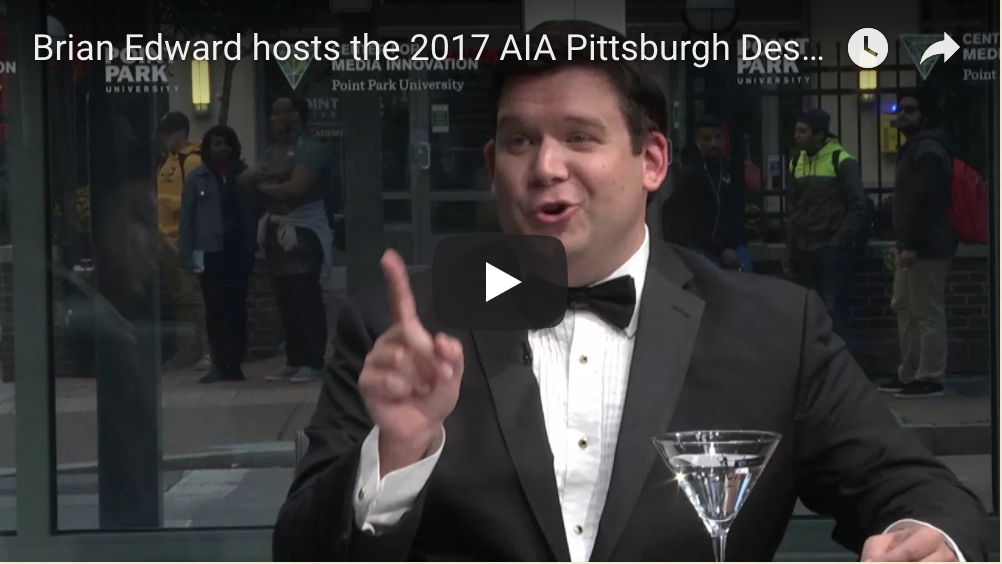 On Thursday, October 19th, 2017, Brian Edward, host of ‘Burgh Vivant, served as emcee for the 2017 American Institute of Architects Pittsburgh Design Awards held at The August Wilson Center for African American Culture. This video was the comedic opener for the ceremonies, produced by ‘Burgh Vivant, and featuring Nick Mitchell in a very special cameo. Thank you to AIA Pittsburgh for a very enjoyable evening, and congratulations to all the winners and nominees.