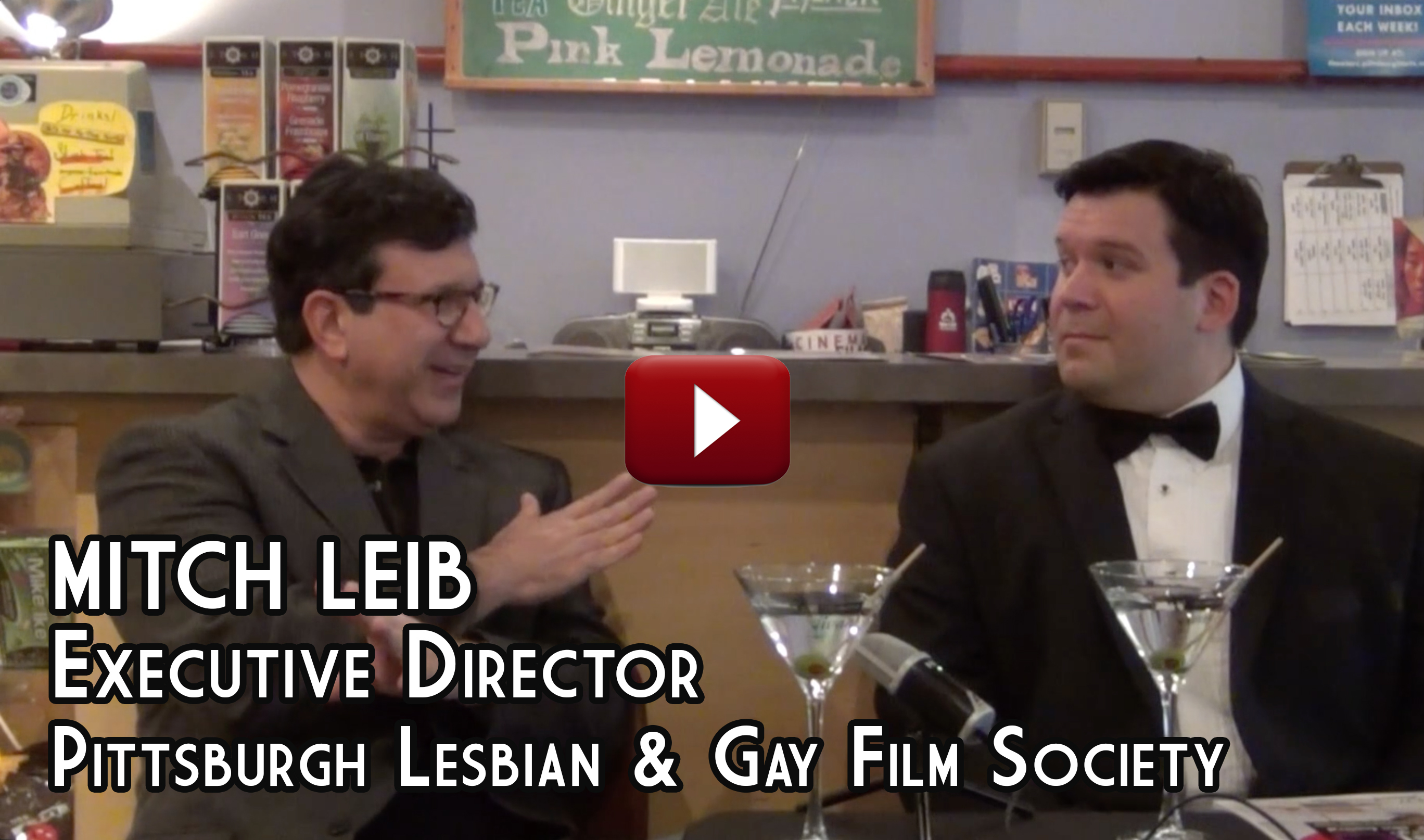 Tonight we raise our glass to Executive Director Mitch Leib in celebration of 30 years of Reel Q: the Pittsburgh Lesbian and Gay Film Festival. In the lobby of Pittsburgh’s downtown Harris Theater, Mitch chats with host Brian Edward about the organization’s colorful 30 year history, how its changed over three decades in the steel city, and the highlights of this year’s festival including a special director’s cut of the film “54.” And none of it would be complete without quoting “Whatever Happened to Baby Jane?” Listen to “The Full Martini” – the complete, unedited interview in audio podcast for more on the 2015 Reel Q Film Festival, Mitch’s earliest cinematic impressions, and the compelling qualities of the camp film genre. See the full 2015 Reel Q Pittsburgh LGBT Film Festival schedule and purchase your passes at www.reelq.org